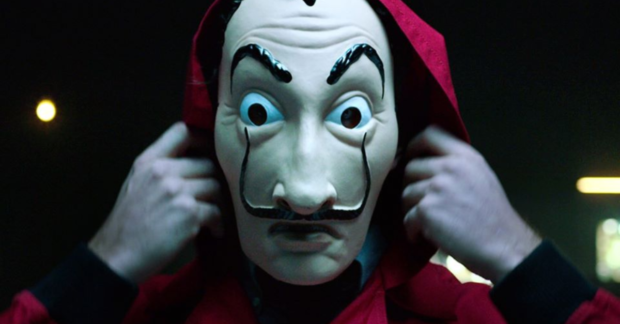 “Money Heist” fans can learn how the team behind the hit Spanish crime series got them hooked in a free video lecture today, April 28, at 7 p.m.

Head writer and executive producer Javier Gómez Santander will deliver the talk “A Couple of Secrets the Professor Taught Me to Make a Hit TV Show” over Zoom, where he will discuss secrets in creating the thrilling crime drama and details of his career as a scriptwriter.

The online lecture is presented by Instituto Cervantes de Manila in collaboration with the Embassy of Spain in the Philippines.

Instituto Cervantes de Manila invites you to an online talk by Javier Gómez Santander, the Head writer and executive…

The talk will be held in Spanish with a simultaneous translation in English. Questions can also be asked in both English and Spanish through a question-and-answer button.

You may join the video conference between 6:45 and 7 tonight through the following link, Instituto Cervantes de Manila announced over Facebook on Sunday, April 26.

INSTRUCTIONS to enter and follow the videoconference:This is the link to enter the talk:…

“Money Heist” or “La Casa de Papel” chronicles heists on the Royal Mint of Spain and the Bank of Spain led by the professor. The show is one of the most-watched non-English shows on Netflix, with Part 4, or the second part of season 2, released in early April.  /ra