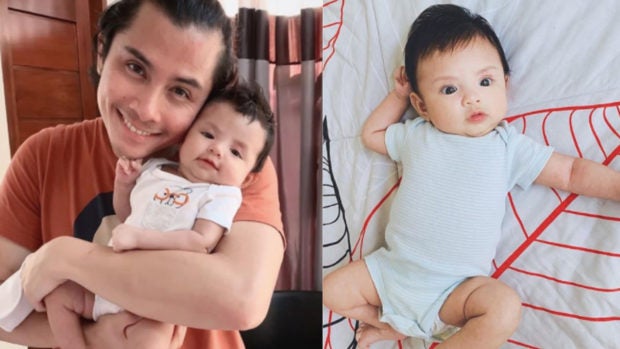 Actor JC Santos appears to be making the most out of the quarantine amid the COVID-19 crisis, by spending more time with his newborn baby. Santos finally fully showed his baby’s face after giving the public a glance at his baby last March.

Santos expressed his adoration for his baby girl, who he has named in other reports as baby River Altheia.

“Happy 2nd month to my funny little cream puff!” Santos greeted his baby via his Instagram post last Saturday, April 25. The actor showed himself carrying baby River in a series of photos. He also included some of the baby’s wacky photos.

“As soon as the mall opens, I promise I will buy you a dress,” he added. “Para di kana mapagkamalang boy (So you would no longer be mistaken as a boy). ”

Baby River is Santos’s first child with his non-showbiz wife Shyleena Herrera. The two got married in September 2019 and welcomed their baby last February.

Santos starred with actress Bela Padilla in the 2020 romance film “On Vodka, Beers, and Regrets”. The two have previously teamed up for a 2017 Pista ng Pelikulang Pilipino entry “100 Tula Para Kay Stella”. JB