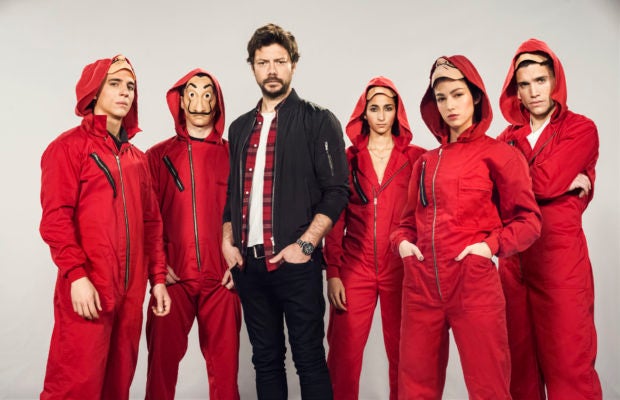 TV series addicts will have plenty to look forward to this April. The gang of tender-hearted bank robbers will be back with a fourth season of “Money Heist” on Netflix, the science-fiction drama “Tales From the Loop” is set to debut on Amazon Prime Video, the fatal game of cat and mouse in “Killing Eve” continues with a third season on the BBC and AMC, while Mindy Kaling is behind a new coming-of-age comedy and the black humor of Ricky Gervais will once again be back in “After Life,” both on Netflix.

The time has come to choose between freedom, loyalty and revenge. The robbers are out on a limb in their fight against the Spanish police, which appear to be one step ahead. Caught up in this chess game, Tokyo, Denver and Rio make a play for double or quits; trapped in the Bank of Spain, Lisbon is forced to negotiate with the hard-nosed Inspector Alicia, while Nairobi battles for her life.

Tales from the Loop (Season 1)

“The Loop” is a machine with the power to unlock and explore the mysteries of the universe, which brings impossible stories worthy of science-fiction to the real world. Such are the poignant tales that bind those who live in the town above “The Loop.”

Villanelle is enjoying a new life secure in the knowledge that Eve has not survived. However, her newfound peace turns out to be short-lived. Eve Polastri is well and truly alive, much to the annoyance of Villanelle who is obliged to return to her relentless pursuit, and the game of cat and mouse resumes.

Never Have I Ever (Season 1)

Mindy Kaling is the creator of this comedy series on Netflix, which focuses on the daily life of Indian-American teenager Devi, played by Maitreyi Ramakrishnan, who makes her TV debut with the series. Kaling drew on her own teenage experiences to script the cringe comedy.

Tony is not one to think twice before speaking his mind. However, having indulged his sharp tongue since the death of his wife, the big-hearted journalist sets out to become a better friend. While those around him grapple with their own problems, it emerges that the local newspaper in Tambury is threatened with closure. For their part, the town’s amateur theater company set to work on a production intended to cheer up its inhabitants.