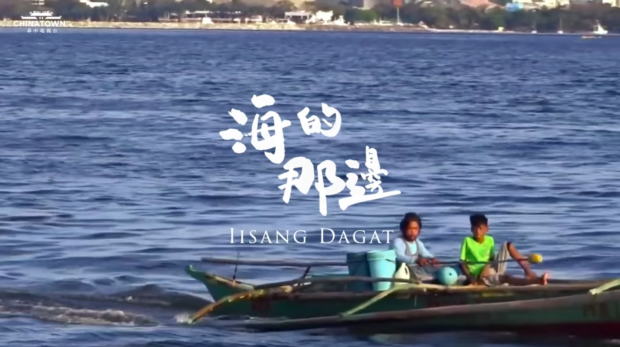 Universal Records Philippines said it had no part in the production and promotion of the song “Iisang Dagat”. Image: screengrab via YouTube/Chinatown TV

Universal Records Philippines distanced itself from “Iisang Dagat” (One Sea), a song meant to convey solidarity between the Chinese and Filipinos in combatting the coronavirus pandemic.

“Universal Records Philippines would like to clear that we are not in any way involved in the track ‘Iisang Dagat’,” the record label said in a statement today, April 27.

“Contrary to what is included in the YouTube caption, the company did not participate in the production and promotion of the said song.”

The company stated that it “respectfully declined” an invitation from Filipino-Chinese lifestyle show Chinatown TV to promote the song, and that the mention of the record label in the song’s YouTube caption “was posted without our consent, and has therefore misled audiences with our non-participation in the project.”

The music video of the song, posted on YouTube Friday, April 24, has drawn online outrage, with about 152,000 dislikes versus 2,100 likes, as of writing.

The song has drawn ire due to the “sea” in question — the West Philippine Sea, where China and the Philippines have ongoing disputes over island and maritime claims.

“Iisang Dagat” was co-produced by the Chinese Embassy in the Philippines, Chinatown TV and Guizhou Xinpai Media Company. Chinese ambassador to the Philippines Huang Xilian wrote the lyrics. JB