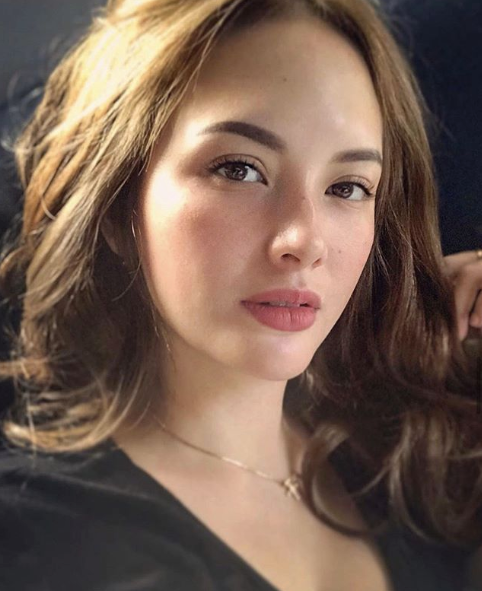 Actress Ellen Adarna may not be speaking about her previous relationship with actor John Lloyd Cruz, but she has recently been vocal about what matters to her now in terms of independence and the new things she looks for in a man.

The 32-year-old actress entertained some of her fans’ queries on Instagram Stories yesterday, April 8. It covered a range of topics, including how she stays fit while being a mom — to which she answered, “discipline” — and her ideal partner. 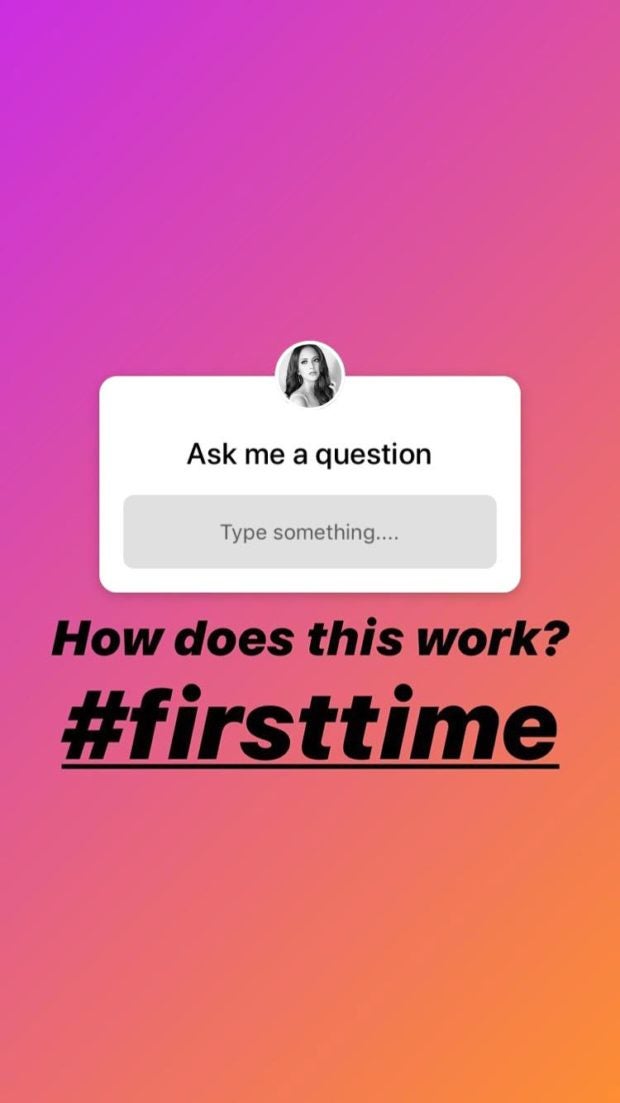 Adarna stated that at her age, she is no longer attached to merely someone’s physical appearance. This came after a fan questioned her about what she first notices in a man.

She added that the man would get “plus 100 billion points” if he was “more mentally stable” than her and got his act together. 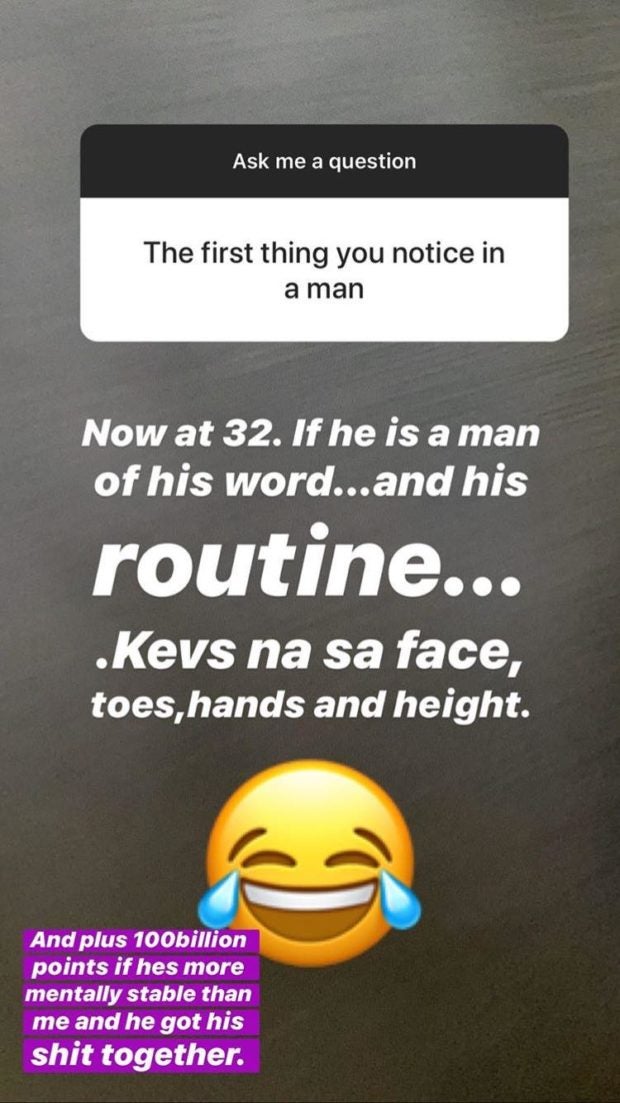 When made to choose between “physically fit men” who were immature or “fat but mature men,” the actress said she would choose neither.

“Better alone than unhappy and unsatisfied,” she answered. “[I’m] fine. Thank you.” 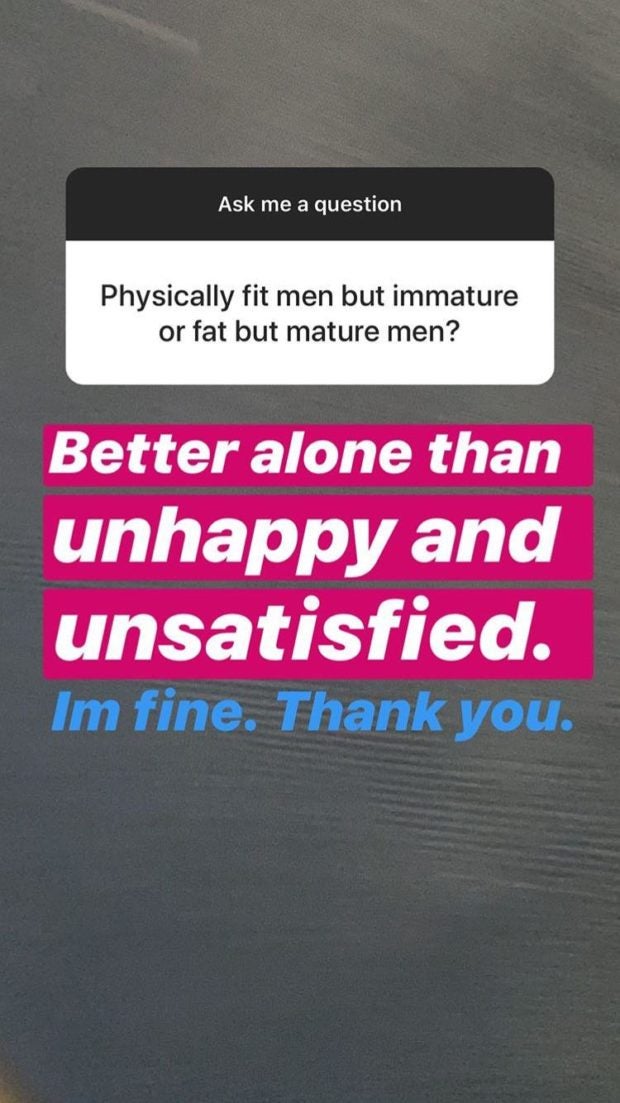 Adarna opened up last March about battling anxiety and depression, but declared that she is “101% ok now.” Prior to that, the actress jetted off to Bali, Indonesia to attend a 14-day mental training to improve her mental health.

Adarna resurfaced on social media earlier this year after being in hiatus for nearly three years. The actress stayed away from the limelight in 2017, back when she was in a relationship with Cruz, with whom she has a child.

Neither Adarna nor Cruz formally addressed their separation in 2019, but this January, the actress was spotted with a “mystery man” during her travels to Spain. JB