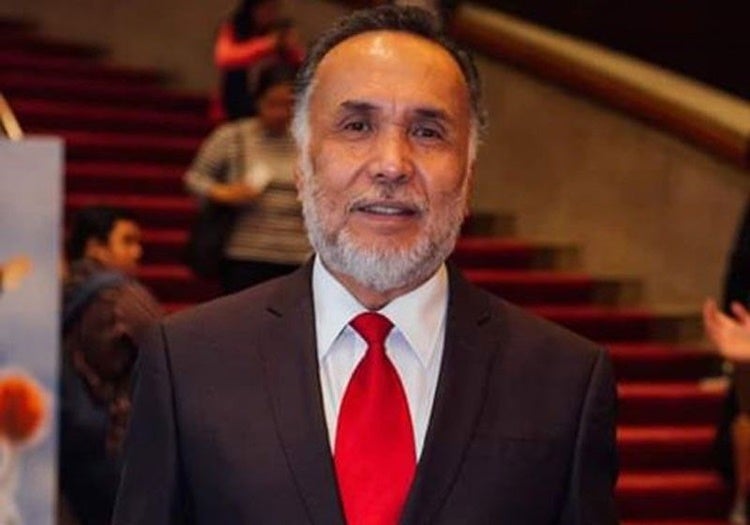 The image of a happy and a sad masks side by side has long been the symbol of show business. As we battle the pandemic, show biz people are living up to that symbol.

While we are rejoicing about the recovery of Iza Calzado and Christopher de Leon from Covid-19, we’re also mourning the loss of Mulatto singer Joey Bautista and seasoned actor Domingo “Menggie” Cobarrubias due to the raging virus.

I got to meet Tito Menggie on the set of “Mano Po 5,” where I had a cameo role. He struck me as a mild-mannered and respectable man. His demise serves as an alarm that the virus has gatecrashed into the glitzy world of show biz. The virus doesn’t get starstruck to veer away from celebs.

Menggie’s illustrious career spanned decades. He bagged the best supporting actor award at the 1980 Gawad Urian for his portrayal in Lino Brocka’s “Jaguar.”Even if I was not close to the veteran actor, I feel that it is only fitting to give Mr. Cobarrubias a tribute, in my own little way.

On behalf of my colleagues in the biz, we salute you, Menggie. Even if it’s already pack up time for him as he got his call slip from heaven, Menggie’s body of work lives on.

Here’s how these celebs remember Menggie: 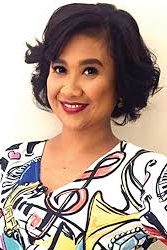 EUGENE DOMINGO: Tito Menggie was always fun to work with and very cool. I watched a play in Dulaang UP, and I knew he was part of it so I was excited. I watched a morning show. He came out onstage, did his part and, after some time as he was saying his lines, his nose started to bleed, but he didn’t stop!

He continued his long lines while wiping the blood, but it was already unmanageable and people were getting uneasy! He then calmly said, “I am sorry. Please, excuse me.” And he went backstage. Sir Tony Mabesa announced a pause. We resumed after a while, and Tito Menggie was fine.

By lunch break, I joined them, and he was the same man laughing and making jokes, and assuring everybody that everything was ok. If I am to remember something about Menggie, he was the coolest, most approachable, cheerful and caring artist you can have in this industry—a complete opposite of the characters he usually plays. Once you know him, he is an actor you will never forget and can never be replaced.

BOOTS ANSON-ROA: I’ve worked with Menggie in a number of films, like Regal Films’ “Mano Po” series, particularly. He was a favorite of Joel Lamangan and other respected directors. Menggie was a product of the legitimate stage, but was easily able to “migrate” to film and television. He was versatile. He dabbled in drama and comedy; he was convincing both as protagonist or antagonist. He was a team player; a good “feeder” to his coactors.

Menggie always “pumped energy” into any sequence. One of our last films together, which is still to be shown, was the Filipino adaptation of Carlos Bulusan’s satire, “My Father Goes to Court.” We were ending a very long day with a crucial courtroom scene and it was almost 6 a.m. We were all exhausted. But every time Menggie dished out his lines, his costars like Leo Martinez, Rez Cortez and I would be energized. Thank you, Menggie—for your talent and passion.

ROSELLE MONTEVERDE: He is very respectable as a person and as an actor. A great loss, and a mentor to many of us in this industry.

JOEL LAMANGAN: Menggie is the embodiment of the word “professional.” A very good actor who cared for his fellow performers. There’s one incident I vividly remember. He was doing a dramatic scene with a lady, who was playing the role of his wife.

She kept fumbling her lines. But after six takes, Menggie approached me and asked me not to do the scene yet until his coactor is able to get her lines correctly. He was so affected by the fact that she was being embarrassed in front of the other actors and the crew. I was so touched by the gentlemanly gesture of Menggie and decided to do it some other day.

What Menggie did not know was that the lady he was acting with was the producer of the film. After that incident, the producer made sure to cast Menggie in all the movies that she would produce! 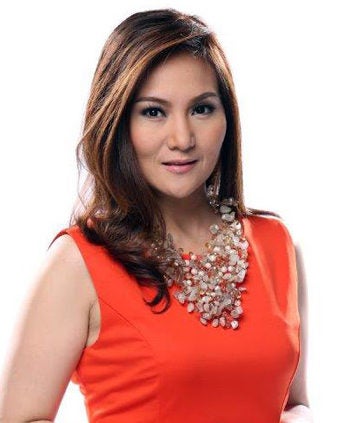 GLADYS REYES: I had the privilege of working with Tito Menggie in “Barber’s Tales.” He loves to joke around on the set but once the camera starts rolling, you know he means business. It was a breeze working with him.