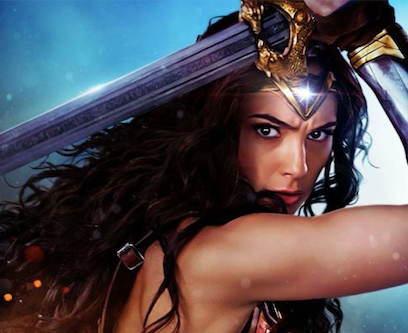 Warner Bros. has postponed the scheduled release of its blockbuster film “Wonder Woman 1984” — the sequel to 2017’s “Wonder Woman” — and delayed “In the Heights”, a movie based on Lin-Manuel Miranda’s musical, indefinitely, in lieu of the coronavirus pandemic.

The studio today confirmed that “Wonder Woman 1984” (starring Gal Gadot), will now hit theaters on Aug. 14 instead of June 5, but has indefinitely pulled “In the Heights”, an adaptation of Miranda’s musical that was due out June 26, as well as “Scoob” which is an animated film based on “Scooby-Doo” characters set for May 15.

As part of the development, “Malignant” a thriller from “Aquaman” director James Wan which was originally scheduled to open on Aug. 14, has also been bumped for “Wonder Woman 1984”. Those three movies (“In the Heights”, “Scoob” and “Malignant”) remain undated for now.

Christopher Nolan’s highly anticipated film “Tenet” however, is still on schedule for July 1 at this time.

“When we greenlit ‘Wonder Woman 1984′, it was with every intention to be viewed on the big screen and are excited to announce that Warner Bros. Pictures will be bringing the film to theaters on Aug. 14,” Toby Emmerich, Warner Bros. Pictures Group chairman, said. “We hope the world will be in a safer and healthier place by then.”

“The delays were inevitable as multiplexes across the country remain closed to help halt the spread of the novel [coronavirus]. Warner Bros. was always committed to debuting its ‘Wonder Woman’ sequel in cinemas, and the studio felt it was realistic for theaters to be up and running again by August,” he added. “Warner Bros. is now looking for new times to release ‘In the Heights’, ‘Scoob’ and Malignant’.” JB