Jamie Foxx to direct ‘When We Pray’ 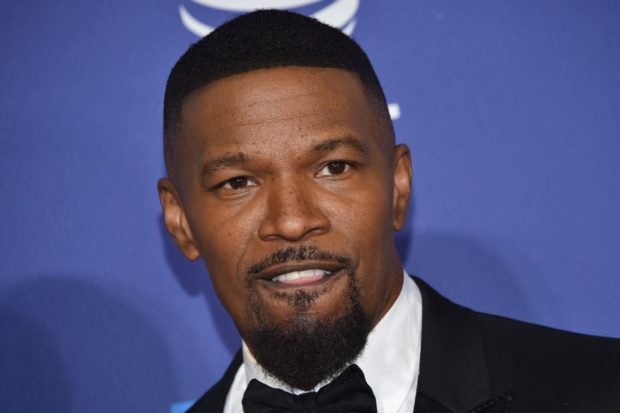 Jamie Foxx will voice the leading character of Joe Gardner in the forthcoming Disney Studios animation “Soul” which is due out in theaters on June 24. Image: AFP/Chris Delmas via AFP Relaxnews

At a time when many productions have been halted in a bid to stem the spread of the COVID-19 virus, Jamie Foxx is already thinking about his next project. The American actor will embark on his second feature as a director with the drama “When We Pray”.

The film will tell the tale of two brothers, who are both pastors in different churches within the same community. While one of the brothers turns his church into a high-tech congregation with the use of new technologies, the other follows a more traditional path, bringing his church into decline and financial disarray.

As it stands, the cast for this latest project has yet to be announced. It is not yet known if Jamie Foxx will play one of the roles in the film as he did in his directorial debut “All-Star Weekend”, which is still awaiting release.

In addition to directing the film, Jamie Foxx will also work on the script with Donald Ray “Speedy” Caldwell while Cinema Libre Studio will co-produce along with Fight to Fame Films. The latter will finance the project to the tune of $5 million. Shooting is set to begin before the end of the year, reports Deadline.

“It’s a great honor to work with such a talented and passionate man as Jamie Foxx and I’m pleased to have our new, Fight to Fame partners on board, which will give Jamie the total freedom to make this film which is close to his heart, thus launching this new unique collaboration,” said the founder of Cinema Libre Studio, Philippe Diaz.

“Jamie Foxx is a Hollywood superstar, but audiences around the world love him as well. Our strong relationships in China and other Asian countries will ensure that ‘When We Pray’ will be enthusiastically received by Asian moviegoers,” added Flight to Fame president, Carrie Wang.

Most recently, Jamie Foxx topped the bill in “Just Mercy” with Michael B. Jordan, which released worldwide on Jan. 10. CL/JB

Jamie Foxx at the heart of new ‘Soul’ trailer