9 more GMA 7 programs to do away with live audiences 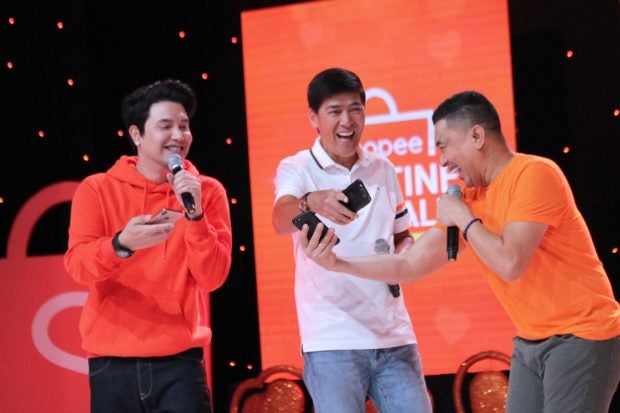 Aside from “Eat … Bulaga!” GMA 7 on Tuesday announced it would also temporarily air or tape nine more programs without a live audience to prevent the possible spread of the new coronavirus (COVID-19).

The network is also putting on hold all of its “external activities until further notice.”

“These measures are being undertaken to help ensure the safety and well-being of all concerned and as part of GMA’s cooperation with the government in its efforts to contain the spread of COVID-19,” the statement added. “We strongly urge everyone to remain calm and cautious, and to follow the official advisories released by the authorities.”

On March 9, “Eat … Bulaga!”—the longest running noontime game show, was the first to suspend admission of live audience after the government declared a state of public health emergency due to the recent rise of reported cases of COVID-19.

“It wasn’t an overnight decision and done on a whim. We had a long deliberation about it … As soon as we learned about the virus in the news, we started thinking of ways on how not to contribute to its spread—we needed to have contingency plans,” Jeny Ferre, the show’s senior vice president for creatives and operations, told the Inquirer over the phone.

“We have a responsibility to our audiences, hosts, production staff and crew. We don’t want to put them at risk for the sake of entertainment,” Ferre said. “I hope viewers understand our decision; that we can’t have large crowds in confined spaces at the moment.”

Just the same, the show goes on at the APT Studios in Cainta, Rizal. The seats are noticeably empty; the atmosphere, relatively less festive. But still, the program remains “intact,” Ferre said.

“Of course, the audience is part of the fun, so you can’t help but feel like something is missing. But we would rather focus on what we have than what’s missing. There’s less noise … less screaming and shrieking. The applause isn’t as loud. But the content is the same,” she related.

Given the situation, the hosts’ responsibilities to bring in the energy is now more important than ever.

“The hosts have been nothing but cooperative and understanding. We didn’t impose anything. We made sure to ask them for their opinions about the matter. And they did give their insights and suggestions on what else we could do,” Ferre related.

Moreover, this is a chance, the executive added, to maximize the noontime variety show’s online and social media presence and components. “For instance, we have this ‘Team Bahay’ portion where viewers can register through Facebook, then we call them up for a chance to win prizes,” she related. “There’s technology available to reach people from different places in the country. We will use that.”