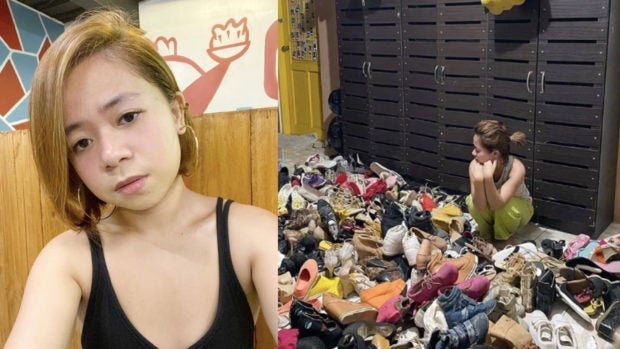 Actress Kiray Celis, a self-proclaimed shoe lover, wants to give away some of her old footwear to her fans. All they have to do is message her on her Instagram page.

The former “Goin’ Bulilit” star stated that instead of letting her shoes go to waste, she is now sharing these to anyone with the same size-five shoe size, as seen on her post yesterday, March 10.

An assortment of Celis’s rubber shoes, boots, sandals and heels laid on the floor, as seen on her two photos on Instagram. The number of shoes covered a portion of the room.

(Instead of getting damaged or old due to lack of use and because I don’t sell my items in bazaars, I just give [the shoes] to my mom, my sister-in-law, my cousins and my grandmother or my friends, if it fits them.)

Despite giving them to her family, the actress apparently still has some to spare as she urged those who are interested, “Message niyo lang po ako (Just message me).”

The comedian transferred media networks from ABS-CBN to GMA-7 in December 2018. As one of her recent projects, Celis starred in a romantic comedy TV series, “Love You Two”, with fellow actors Jennylyn Mercado, Gabby Concepcion and Solenn Heussaff last year. JB

Kiray Celis excited over ‘new chapter in life,’ thanks GMA for giving her chance to further showcase her comedic talent