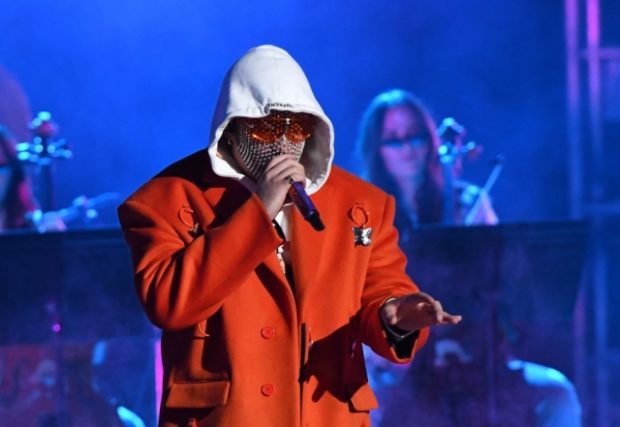 The first-ever Spotify music awards, held in Mexico City, saw reggaeton star Bad Bunny walk away with the most accolades in a show marked by a powerful performance by American-Mexican singer Julieta Venegas and dedicated to the struggle of women across Latin America.

“Thank you for having me here and making a dream come true, I love you Mexico, see you soon,” said Puerto Rican Bad Bunny as he accepted the top prize of Spotify Artist of the Year.

In the user-generated awards, that prize went to the artist most listened to, most shared and most downloaded by Mexican users of the streaming service in 2019.

Bad Bunny, whose real name is Benito Martinez, also won in the categories of most listened to artist and artist most added to a playlist.

The awards ceremony had its most emotional moment when Venegas debuted her new song “Women”, after being presented by French-Chilean singer Ana Tijoux, who called for women to stand together against violence.

“So that never again any of us is murdered, raped, so there is not one less of us! We don’t want cheers!” said Tijoux, name-checking a number of environmental activists and other women who had been murdered in recent years.

Tijoux then handed off to Venegas, who appeared on stage accompanied by a dozen other Latin American singers.

A line from her new song states that “women are standing up, and men don’t know what to do.”

The 100,000-capacity National Auditorium went wild for Colombian reggaeton star J Balvin, who had been tipped to win in several categories but who went home with just one — “most shared artist.”

Colombia’s Karol G went home with the “most listened to female artist” award, and captivated the audience with her performance. RGA