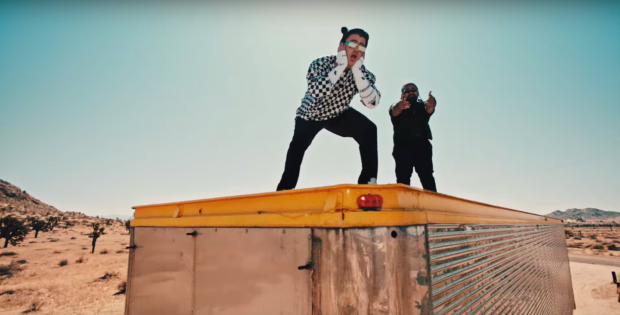 Puerto Rican trap and reggaeton singer Bad Bunny has just unveiled a new video for a track from his most recent album, “X 100PRE”, which was released almost exactly one year ago.

In the video, we enter a world of desert diners and hostile biker gangs, followed by a flame-thrower, a few brawls and a cameo by former wrestler “Stone Cold” Steve Austin.

The year 2019 has been big for Bad Bunny. Following the release of “X 100PRE” at the end of 2018, he worked on a collaborative album with Colombian singer J.Balvin, “Oasis”, which came out last summer.

He also notably featured on “Cántalo” with Ricky Martin and Residente, and on a remix of “Soy El Diablo” by Natanael Cano. CL/JB

WATCH: Ed Sheeran dances in latest video for ‘Put It All On Me’

Wham!’s ‘Last Christmas’ music video has been remastered in 4K