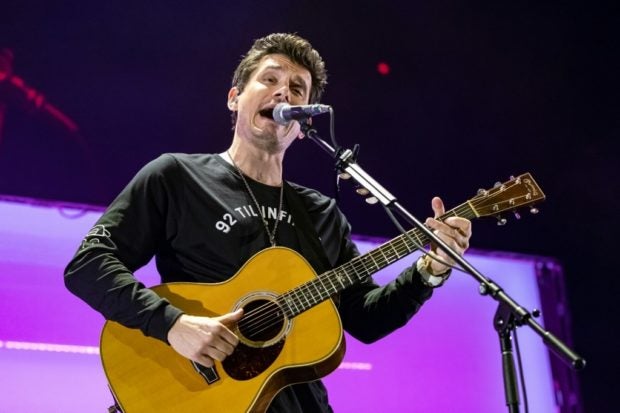 With Christmas just a few hours away, Mayer debuted his latest contribution to your holiday playlist, “CVS Bag”.

The American singer-songwriter unveiled his new Yuletide tune during his Instagram show, “Current Mood”, dedicating “CVS Bag” to “the trustiest of companions while staying at someone else’s house for the holidays.”

“I fell asleep too early/ I woke up at midnight/ I was hungry/ It was alright, you were there/ CVS bag on the table,” he sings while holding a CVS bag.

He proceeds to unveil what is inside of his shopping bag, crooning that it includes “a thing for my dad,” “a travel thing of Q-tips and an Applebee’s card,” as well as “87 cents in change, mixed in with some cotton from a men’s vitamin range.”

“CVS Bag” marks Mayer’s third release of the year, following the introspective “I Guess I Just Feel Like” and “Carry Me Away”.

In September, the award-winning vocalist announced during an Instagram Q&A that he was planning on releasing his much-anticipated eighth studio album.

Details are still scarce about the yet-untitled album, which would follow Mayer’s 2017 “The Search for Everything”.

Last August, Mayer also performed the new song, “I Just Remembered I Didn’t Care”, which he co-penned with country star Chris Stapleton while in Nashville, Tennessee, for his 2019 World Tour.

It is still unknown whether “I Just Remembered I Didn’t Care” will appear on the guitarist’s forthcoming studio album.

In addition to releasing new music, Mayer has been working with ABC as executive producer for a drama series based on one of his songs, “The Heart of Life”, from his 2006 “Continuum” album.

The project, helmed by Ben Queen, follows a set of adult siblings from different worlds who discover that they are related and must embrace the joys and difficulties of reuniting with long-lost family.

ABC has not yet announced an official release date for the TV series, with Deadline reporting back in May that the pilot was undergoing redevelopment. CL/JB

WATCH: John Mayer chronicles recording process in new video for ‘Carry Me Away’

WATCH: Ed Sheeran dances in latest video for ‘Put It All On Me’