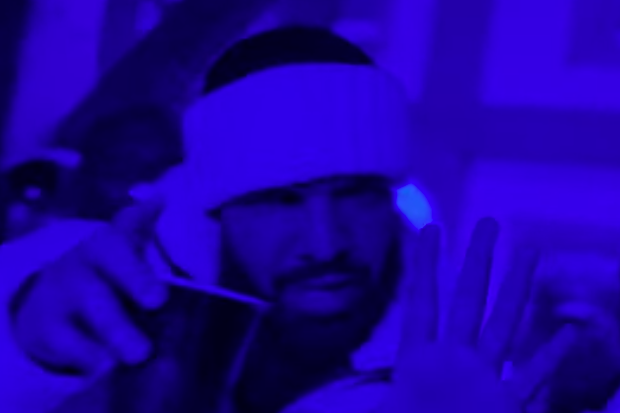 Drake gave fans an early gift on Christmas Eve with the surprise release of “War”. Image: screenshot from YouTube.com/Drake

The Canadian rapper surprised fans on Christmas Eve with his latest single, “War”.

The AXL Beats-produced freestyle cut arrived with an accompanying music video, which was helmed by Canadian cinematographer Theo Skudra.

The visual finds Drake enjoying the holiday season at a snowy mountain with several members of his OVO crew, riding snowmobiles and warming up around a bonfire.

“Everyone I know has code names, anyone I’m beefin’ with is a no name/N****s can’t even win home games, they just gotta fall in line like Soul Train,” the Torontonian chart-topper freestyles in his un-Christmas-like tune.

“War” marks Drake’s fourth release of the year, following “Omertà”, “Money in the Grave”, “Behind Barz” and his compilation of older material, “Care Package”, which hit No.1 on the Billboard 200.

The OVO rapper is reportedly working on his much-anticipated new album, which would follow 2018’s “Scorpion”.

@dababy thank you for letting me on your stage tonight

“I’ma go back to the crib and try to finish this album up so we can turn up in 2020,” he teased while on stage, with DaBaby adding that he plans to make an appearance on the full-length record.

Details about the album are still scarce, as Drake has yet to announce an official release date.

In addition to working on his next studio opus and releasing several standalone singles, the chart-topper recently became Spotify’s most-streamed artist of the decade, amassing more than 28 billion streams between 2010 and 2019. IB/JB