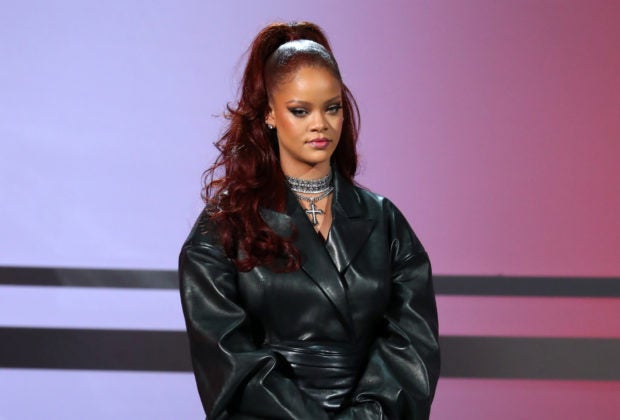 Popstar Rihanna hinted at her much-anticipated ninth studio album a few weeks after her latest opus, “Anti”, reached its 200th week on the Billboard 200 albums.

As Chart Data noted on Twitter, “Anti” is the first studio album by a black female artist to reach the milestone.

While it has been nearly four years since Rihanna last released a full-length record, the hitmaker-turned-mogul could be dropping a new project soon.

She recently shared a short video on Instagram of a small dog dancing to House of Pain’s 1989 hit, “Jump Around”, with the caption “Update: me listening to R9 by myself and refusing to release it.”

update: me listening to R9 by myself and refusing to release it

Rihanna made no mention of a potential release date for the album, which she has been referring to as “R9”.

Over the past few months, the world’s richest female musician has repeatedly hinted that she is at work on a reggae-influenced album, which would follow 2016’s “Anti”.

Last October, she told Vogue that the project was “not gonna be typical of what you know as reggae, but you’re going to feel the elements in all of the tracks,” adding that this genre “always feels right to [her].”

While the project has yet to materialize, Rihanna confirmed to “Ocean 8” co-star Sarah Paulson that the album was underway last June.

“It really does suck that it can’t just come out, because I’m working on a really fun one right now. I’m really happy with a lot of the material we have so far, but I am not going to put it out until it’s complete. It makes no sense to rush it, but I want it out. I’ve gotten to the point where I’m like, ‘Even if I don’t have the time to shoot videos, I’m going to put an album out,”’ she told Paulson for Interview magazine.

Although “R9” has yet to arrive, the past twelve months have been quite busy for Rihanna.

In addition to launching her debut Fenty Maison fashion line with LVMH, she released her visual autobiography, “The Rihanna Book”, last October.

Have you seen what’s in between the covers? Grab your copy of #therihannabook to find out! There’s an exclusive FENTY X PHAIDON edition available now only at therihannabook.com!

According to The Hollywood Reporter, she is also set to star in a forthcoming new documentary; Amazon reportedly acquired the rights to the film for $25 million.

The yet-untitled project will be directed by Peter Berg, who has previously worked with Rihanna on the 2012 science-fiction drama “Battleship”. IB/JB