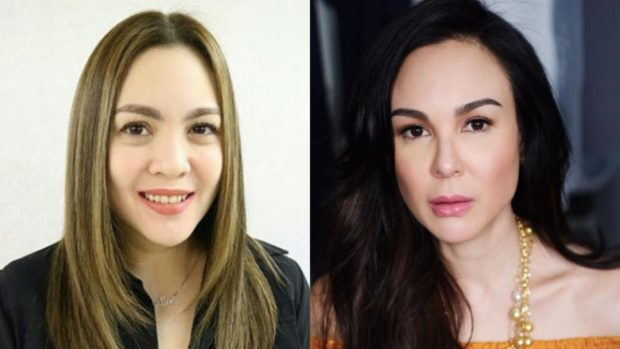 Claudine Barretto has taken to social media to honor her older sister, Gretchen, for supporting and helping her get through a dark period in her life.

Gretchen has been helping her younger sister “be the best version” of herself, and Claudine expressed her gratitude to the former via Instagram on Feb. 29.

“[I’ve] been feeling down lately & depression is starting, my Ate always knows what to do & what to say & [I] am blessed,” she said. “Thank you will never [be] enough. I [love you] @gretchenbarretto.”

Claudine’s message also came with the quote, “Everything I am, you helped me be.”

Gretchen meanwhile commented on her sister’s post to reiterate her support, saying, “Mom needs you too & JJ [Barretto] do not ever give up my baby girl.”

“@mimiyque, @ana_abiera, Dominique, dada & everyone loves you so much,” Gretchen said in another comment, to which Claudine replied with a simple “I love you so much.” 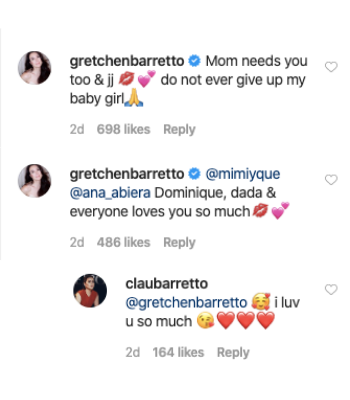 The two, who are known to have been in bad terms for years, reconciled in February 2019. Late last year, the two got involved in a controversial scuffle with their other sister Marjorie, during their late father Miguel’s wake in October. JB