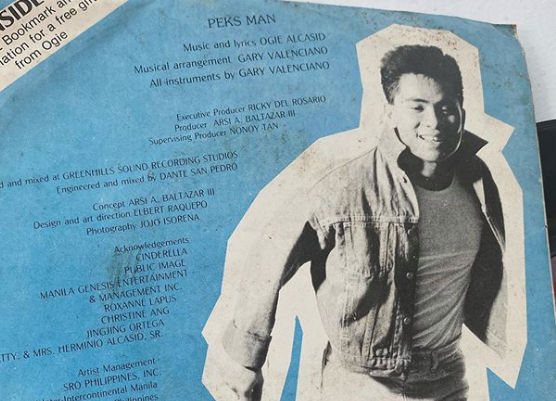 Ogie Alcasid has produced countless classics throughout his career as a singer-songwriter, and no one would be able to deny his significant contribution to OPM. Before hit songs such as “Kailangan Kita” and “Hanggang Ngayon” came about, however, Alcasid made his mark with his very first single “Peksman.”

Alcasid, 52, reminisced about “Peksman,” which was released under Viva Records when he was just 22 years old, way back in 1989. He took to Instagram yesterday, Feb. 28, to give fans snippets of his vinyl record.

“My very first single which was released when I was 22 years old. #flashbackfriday #peksman,” Alcasid said.

The award-winning artist’s post had several shots of the “Peksman” vinyl, which featured photos of the 22-year-old Alcasid, as well as the lyrics to the track.

One photo showed the back of the cover, which listed fellow OPM icon Gary Valenciano as the one who handled the musical arrangement and instrumentals of the single.

“I remember those days bro!!!!!!!” Valenciano commented on the said post, to which Alcasid replied: “oh bro!!! You are so much a part of this!!!” 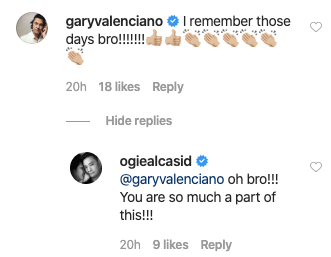 “Peksman” was also a part of Alcasid’s debut album in 1989 called “Ogie Alcasid,” which featured other OPM classics such as “Nandito Ako” and “Dito sa Puso Ko.”  /ra