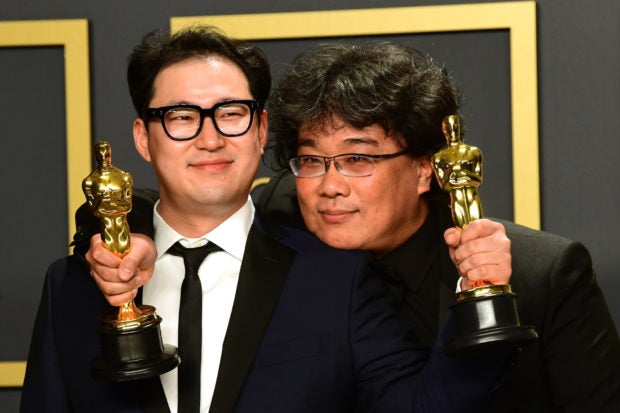 Grand Central Publishing has announced it is releasing the Bong Joon Ho-directed Best Picture Oscar winner as a graphic novel in North America.

The book is already on shelves in South Korea as “Parasite: The Screenplay and Storyboard Book.”

The graphic novel is made up of 304 pages of storyboards hand-drawn by director Bong Joon Ho, detailing the film’s storyline.

The dialogue, stage and camera directions will be translated into English from Korean. The book will also include a foreword by Bong.

“Director Bong’s illustrations share the illuminating power of his writing and directing, making the ‘Parasite’ graphic novel a gorgeous, riveting read and fascinating behind-the-scenes glimpse at the making of one of the best films of the year,” said Wes Miller, senior editor, Grand Central Publishing, in a statement. “The result is an all-new way to experience the vertiginous delights and surprises of Bong Joon Ho’s deeply affecting, genre-defying story.”

It had its worldwide premiere on May 21 at the 2019 Cannes Film Festival. The film is the first South Korean feature to win the Palme d’Or. It also took home the Oscars for Best Director, Best Original Screenplay, Best International Feature Film and Best Picture at the 92nd Academy Awards—the first time a foreign-language movie has won the Academy’s biggest honor.

The worldwide box-office haul for “Parasite” is over $222 million. IB /ra