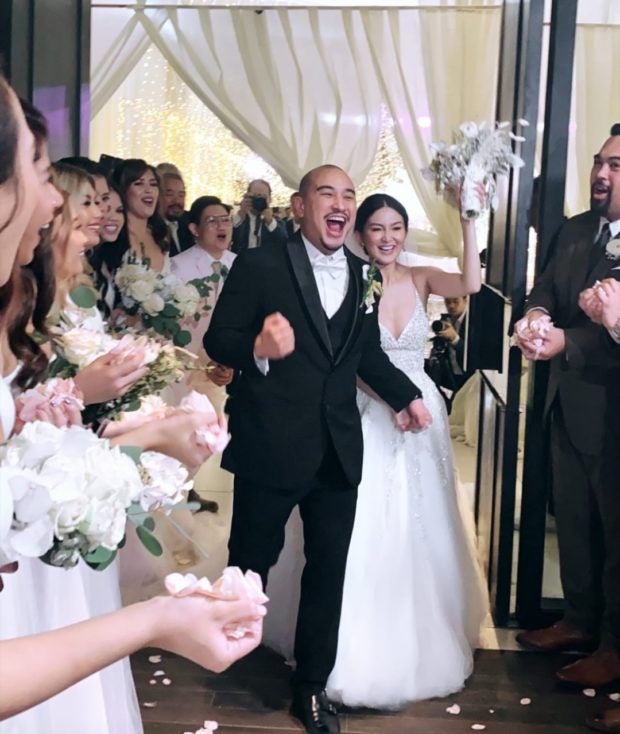 Jeron Manzanero and Sheena Halili are greeted by loved ones after their wedding. Image: Instagram/@mainedcm

The bride, radiant in a deep V-cut gown with dazzling detail, walked down the aisle to “Araw Gabi”— sang by no less than Asia’s Songbird Regine Velasquez.

Halili and Manzanero, a lawyer and Pasig City administrator, exchanged vows at the Blue Leaf Cosmopolitan, which was transformed with glass candelabras, fairy lights and flower arrangements in shades of white by event stylist Gideon Hermosa. 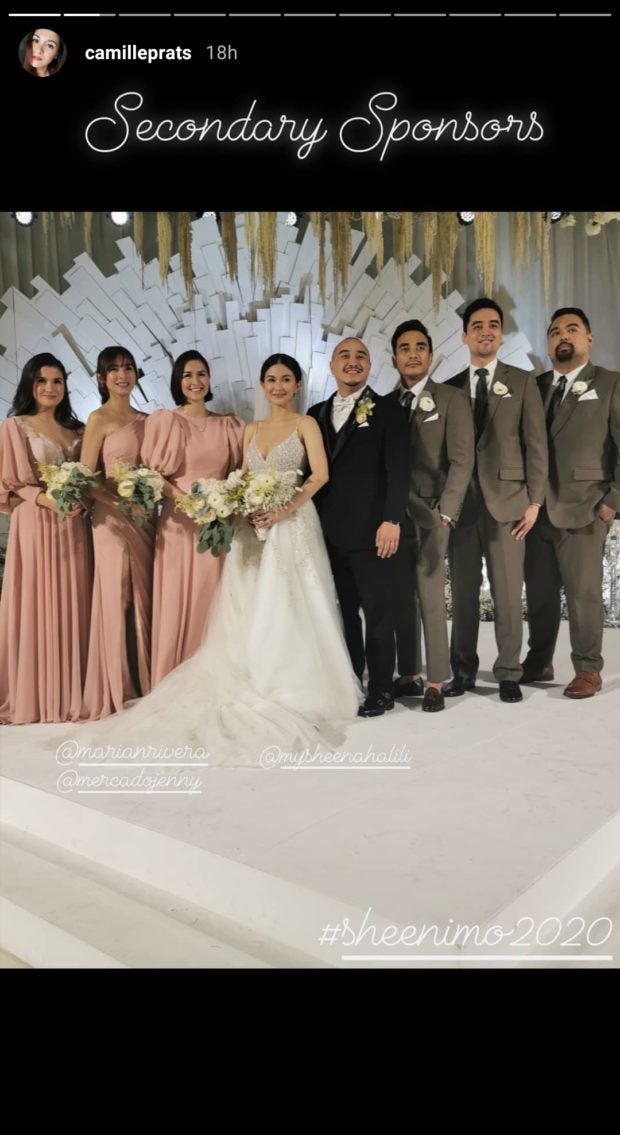 Halili’s matron of honor was one of her close friends, Rich Asuncion, who advised Manzanero in an Instagram post: “Jeron, if sometimes you feel like she’s asking for a little too much, know and always remember that it is only because she’s willing to do the same for you!”

Meanwhile, Mendoza looked back at the times that they would pray for Halili to have a boyfriend. “[N]gayon may asawa ka na (Now you have a husband). Happy for you, always.” 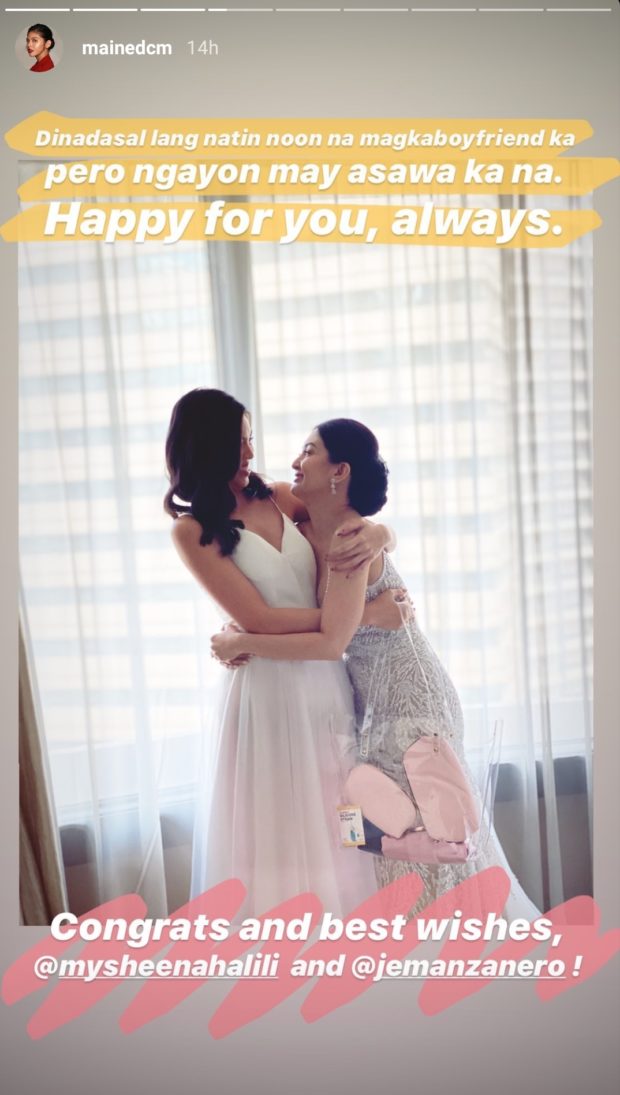 Manzanero proposed to Halili back in August 2018 at a movie theater in Greenhills, San Juan. JB