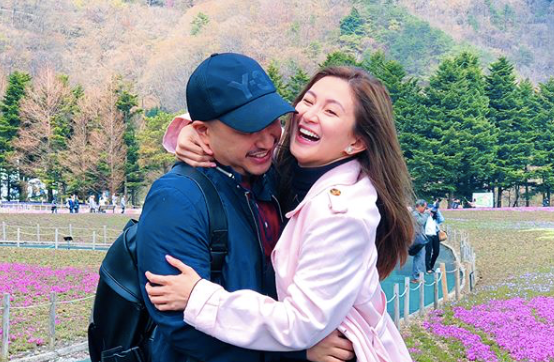 Kapuso actress Sheena Halili got engaged on the night of Aug. 26 after non-showbiz boyfriend Jeron Manzanero surprised her with a proposal while inside a movie theater.

The proposal was shared on Halili’s Instagram account on the same day. In the video, Halili can be seen sitting inside a movie theater at the Promenade, Greenhills Shopping Center with fellow actress Glaiza de Castro when the words “Sheena, will you marry me?” flashed on the screen.

Moira dela Torre’s “Tagpuan” played in the background as Manzanero entered the movie theater, carrying a ring box in his hands. Fans clumped together with their camera phones ready as the much-surprised Halili cried, overcome with emotions. De Castro, too, took out her phone to capture the perfect moment.

Amidst the cheers, the tearful Manzanero knelt down to ask Halili for her hand, who nodded her head as she wiped her tears away.

Manzanero, too, took to his Instagram on the same day to share a snap of the empty movie theater, capturing his proposal on the big screen.

Actress Rich Asuncion also bore witness to the proposal, taking to her Instagram account to congratulate the couple personally. Asuncion herself just got engaged last April to rugby player Benjamin Mudie, and thus welcomed Halili to the “club.”

“Congrats to the newly engaged, our dearest @mysheenahalili and @jemanzanero!!” wrote Asuncion. “Welcome to the club!”