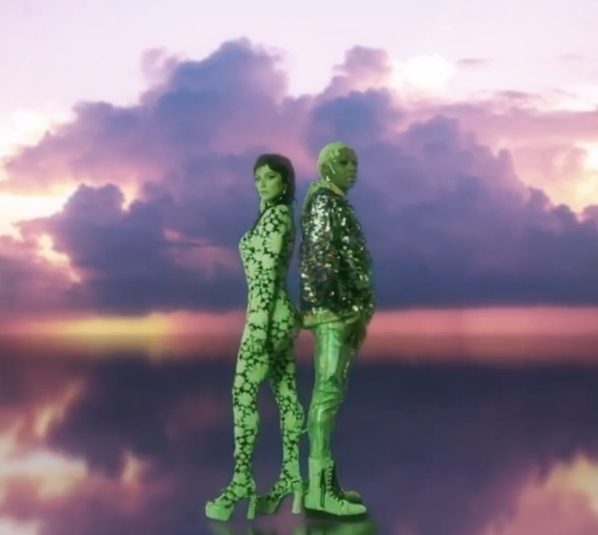 Big Freedia unveiled the new video for “Chasing Rainbows,” in which she reconnects with Kesha. Image: Instagram/@bigfreedia

“Chasing Rainbows” will appear on Big Freedia’s upcoming fourth EP, “Louder,” which will arrive on March 13.

In the meantime, the “Queen Diva” vocalist continued to preview her latest studio effort with a new collaboration with pop superstar Kesha.

The pair first joined forces on “Raising Hell,” which dropped back in October ahead of Kesha’s fourth studio album, “High Road.”

“To me, ‘Chasing Rainbows’ is a love anthem. It’s about how love will always conquer fear and hate. I’ve always been about celebrating who you are—no matter what anyone tries to tell you—and this song is meant to inspire people to chase their dreams, no matter what obstacles they face,” Big Freedia said of her latest single in a statement.

Big Freedia and Kesha have now reconnected in the accompanying video for “Chasing Rainbows,” helmed by Jonah Lincoln Best and Lagan Sebert.

The visual shows the pair performing their latest party banger among unicorns, garden gnomes and dancers in pastel leotards.

“Where I’ve been, what I’ve seen, people dyin’ / They can’t be who they be ’cause they’re hidin’ / You know me, bein’ free, won’t be silent / I pray for my enemies,” they sing in the pre-chorus.

“Chasing Rainbows” arrived on the heels of the previously issued “Louder,” which is the title track of Big Freedia’s upcoming EP.

In addition to releasing her new studio effort, the singer-songwriter will soon hit the road with Kesha for her “High Road” tour.

The 28-date trek will kick off on April 23 at Sugar Land’s Smart Financial Center in Texas, before heading to Phoenix, Las Vegas, Nashville, Chicago, New York and London. CL /ra