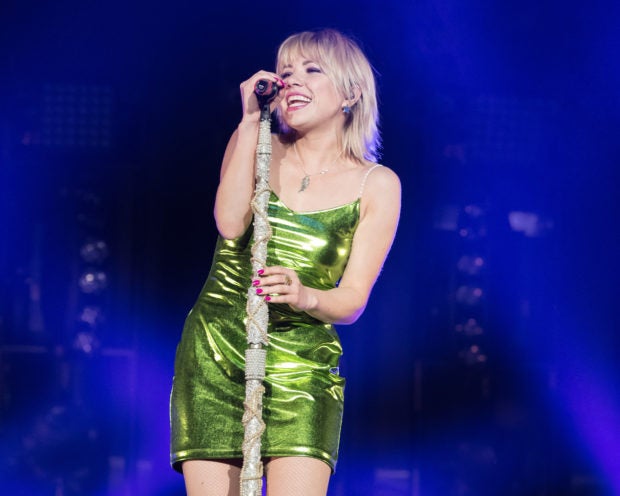 “Let’s Be Friends” arrives less than a year after the Canadian singer-songwriter’s most recent album, “Dedicated.”

For the sassy “Let’s Be Friends,” Jepsen collaborated with American composer Ben Romans and producer CJ Baran, with whom she previously worked for “E.MO.TION” and “Let’s Get Lost.”

“Let’s be friends that never speak again/ It’s cool, we can just pretend/ We’re friends and never speak again/ See you soon, hope we can remain good friends,” she sings in her new break-up anthem, which conveniently arrived a week ahead of Valentine’s Day.

“Let’s Be Friends,” which Jepsen describes as “the little lie we all share to soften the blow of a breakup,” marks her first new material since 2019’s “Dedicated.”

Jepsen has seemingly been working on new music for several months, with the Canadian pop powerhouse posting a black-and-white photograph of herself in the recording studio back in November.

I’m back in New York and I want to write about the fishes we saw in Thailand and the heart hiccups I get from travel and and and… everything.

In a recent sit-down with Clash Music, the “Call Me Maybe” vocalist revealed that she was considering the idea of releasing a “Dedicated B-Side” like she did for 2015’s “Emotions.”

“I guess when I’m creating something it feels like this is all for this world. That’s sort of why B-sides for ‘Emotion’ existed. I just felt like I couldn’t transfer those songs into the next thing that I was doing. It had to exist on its own, in line with ‘Emotion’ before I could know what ‘Dedicated’ was supposed to be,” she explained, without detailing when the project would see the light of day.

Ahead of the release of “Dedicated” in May 2019, Jepsen told Rolling Stone that she had composed some 200 songs for her fourth studio album.

While working on new music, the musician is also getting ready for her upcoming “Dedicated” tour, which kicked off Friday, Feb. 7, at the O2 Victoria Warehouse in Manchester, England.

UK + EUROPE! So so jazzed to FINALLY announce I'll be crossing the pond for a very special tour ✨ I can't wait to walk your cobblestone streets in February 🥰 Presale starts Wednesday morning at 10 AM local time with the code DEDICATED. Let's do this!!

The pan-European trek also includes slots at Coachella Valley Music And Arts Festival on April 11 and 18, as well as at New York’s Governors Ball on June 6.  CL /ra