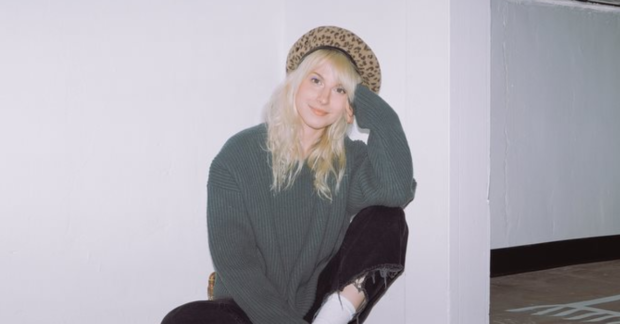 Despite her strugges with depression and suicidal thoughts, Hayley Williams says her dog is the reason why she is still alive.

The Paramore vocalist spoke about mental health in an interview on Apple’s Beats 1 radio station, which was uploaded on its YouTube channel on Feb. 3.

The singer then spoke about how she dealt with childhood issues and traumas while creating the album. At one point, she revealed that she almost lost her grandmother to a fall while she was writing the new songs.

When asked about what “keeps [her] moving forward” despite struggling with depression and suicidal thoughts, Williams said her dog was what kept her alive.

“My dog is the reason I’m alive, because he would’ve been waiting on me to get home, no matter what. “You know how little sweet little puppies sit and they wait?” she said. “I couldn’t think about it.”

“I just couldn’t, and I’m glad because life is still hard,” Williams added, holding back tears.

While she admits that life remains to be difficult, she said that “it’s so rich” now because she has been “taking account of all these feelings.”

Williams also explained that her upcoming album comes from her dealing with her different emotions. The singer has revealed two new tracks, “Simmer” and “Leave It Alone,” ahead of the record’s release on May 8.  /ra

Hayley Williams once took a break from Paramore due to depression

Young Filipinos are in the midst of a mental health crisis