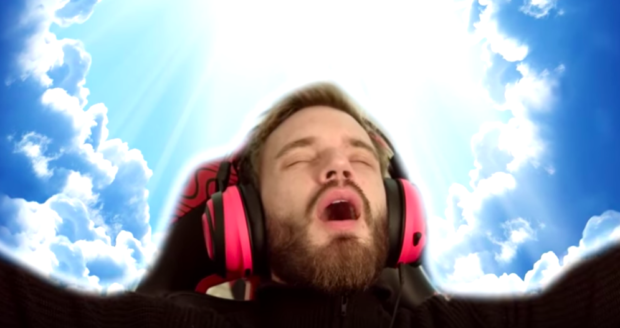 A screengrab from PewDiePie’s latest video titled “I went on a break for 30 days & THIS HAPPENED” (Image: YouTube/PewDiePie)

All the “9-year-olds” can now rejoice as YouTube star PewDiePie (real name: Felix Kjellberg) is finally back after a one-month vacation in Japan, which broke his 10-year streak of uploading content daily on the video streaming platform.

The YouTube star’s latest video has taken the internet by storm, and has already gained over 5.3 million views since its posting earlier yesterday, Feb. 21. It is currently listed in YouTube’s trending content as No. 6.

In the video, titled “I went on a break for 30 days & THIS HAPPENED,” the internet’s meme reviewer jumps right back in to reacting to memes while also addressing some concerns about his channel.

“That’s right everybody, I have returned. After one month of long break, I am back,” he said. “I broke my 10-year streak of daily uploads to go on a one-month break to do… I haven’t done much. It’s been nice actually.”

The Swedish personality noted that there has been a lot of confusion and speculation about him not coming back, and he promised that he will address “everything — every little detail.”

He also explained how good taking a break was, noting that he did not really have to come back and that he “could probably retire if [he] wanted to,” yet he chose to return.

“So it was good for me to take a break to sort of process what I’m doing and what I wanna do in the future,” he said.

He also stressed that his channel will be having changes, saying: “There’s definitely some changes I will have to do with the channel I think, but I’ll do them gradually and I don’t wanna just like say ‘okay now we’re doing this!'” he added.

PewDiePie said he thinks he has been “obsessing too much about YouTube” and has been pushing himself too hard to make just daily content, teasing that he is now working on some bigger projects as well.

“I don’t wanna limit myself to just doing daily, just for the sake of it. Although, I have been missing it a lot,” he said. Nevertheless, the YouTube star promised that he will try his best to keep doing daily content.

The Swedish star also said that the break made him appreciate his fans more, who he admittedly has “taken for granted, in a way.”

He then expressed his gratitude to them: “Thank you for all the nice and lovely, supportive comments while I was gone. That really cheered me up, I really appreciate that.”

“I think it’s been really healthy and good for me to take this break, and I appreciate everyone’s patience while I was gone. I haven’t posted anything anywhere and it was really nice to do that. I think you can tell just how tired and frustrated I was in this video. (last upload before taking break) It was necessary, it was necessary,” PewDiePie added.

PewDiePie, who previously held the record of having the most subscribers, currently has the second-most-subscribed YouTube channel with around 103 million subscribers, second to Indian media company T-Series’ 126 million. /ra