WATCH: Sam Smith previews new album with ‘To Die For’ 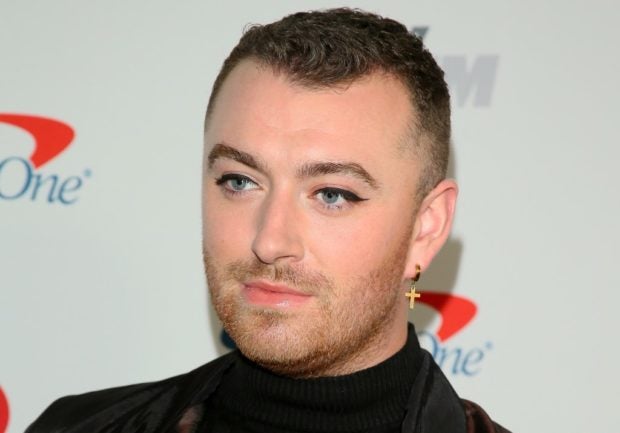 British vocalist Sam Smith, who publicly changed to gender-neutral pronouns “they/their” last year, revealed that their third studio album, “To Die For,” will arrive on May 1.

Smith marked the announcement by unveiling the album’s title track, “To Die For,” which they dedicated to “all the lonely hearts out there on another Valentine’s Day.”

“Releasing this song is going to be a wild one–I feel like it’s from one of the deepest parts of me. I wrote this with Jimmy Napes and Stargate in L.A. during a time of self-discovery and heartbreak,” they added in a statement.

The heartfelt single, which opens with a sample of 2001’s science fiction thriller “Donnie Darko,” arrived alongside an accompanying music video directed by Grant Singer.

The visual finds Smith performing “To Die For” in a wig shop, with their bare head standing amid other mannequins as they croon “Solo shadow on a sidewalk / Just want somebody to die for / Sunshine living on a perfect day while my world’s crashing down.”

Earlier this week, the award-winning vocalist opened a pop-up wig shop in London’s Soho neighborhood, which is open for business until Friday, Feb. 14.

DOORS ARE OPEN!! The To Die For shop looks amazing.. OBSESSED! You can find it at 52 Brewer Street.. open to everyone today and tomorrow 11 until 5, and Friday 10-1. There will also be a special event on Friday from 4pm. RSVP at https://t.co/IdjhBQW01w SO EXCITED XX @youtubemusic pic.twitter.com/srmoGOR4AD

Ahead of the release of “To Die For,” Smith opened up about the inspiration behind the much-anticipated follow-up to 2017’s “The Thrill of It All.”

“I‘m more proud of this album than anything I’ve ever done. I’ve really set myself free the last two years whilst writing this & I hope you can dance and relate to these stories,” they wrote on their social media.

The “How Do You Sleep” vocalist teased back in October that the full-length will be more pop-driven than their previous opuses.

“I feel like I have recently shown a side of me which I normally keep to myself or for my family and friends. I showed everyone it and everyone loved it. It’s almost given me permission to kinda do what I’ve always dreamed of doing but I was always scared to do, which is pop music,” they told the Zach Sang Show at the time.  CL /ra