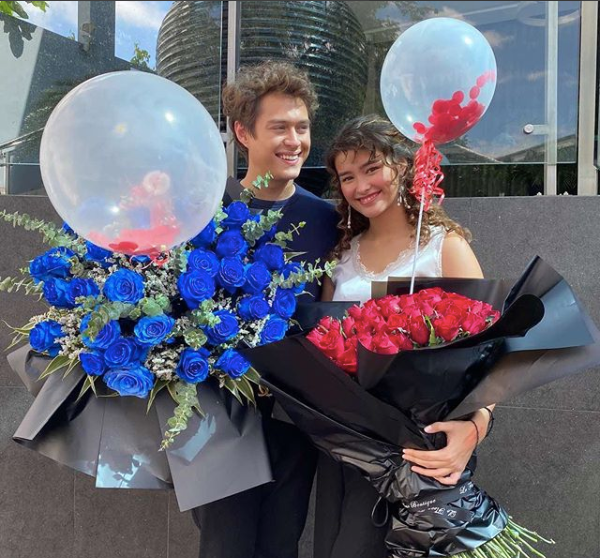 Despite the loveteam’s busy schedule, Enrique Gil made sure Liza Soberano felt the extra love on the day of hearts by giving her two rose bouquets and balloons.

Gil called Soberano his “world” and his “everything” on Valentine’s Day, as seen in his Instagram post yesterday, Feb. 14. The actor surprised his girlfriend with dozens of red and blue roses while on the set of “Make It with You.”

Gil sported a simple blue shirt. On the other hand, Soberano wore a white blouse, while her hair was curled for her character Belinda.

“You are the reason why my life is amazing and never dull,” Enrique told Soberano. “Thank you for having a beautiful heart and loving me unconditionally. [You’re] my forever baby, I love you, Happy Valentines Love.”

Gil stated that he wanted to do more for Soberano during the special occasion on his Instagram Stories. The actor can be seen walking on the side of the street, carrying two bouquets of roses while going to Soberano’s tent.

“I wanted to show you how much you meant to me, but just our luck, we had work today,” he said. 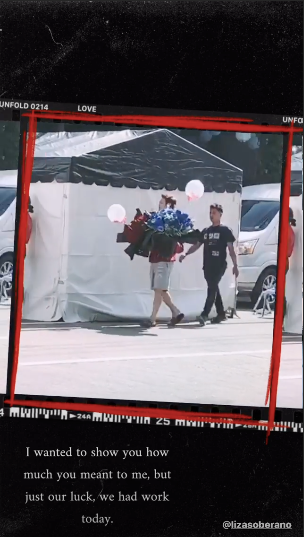 “Then I realized that as long as we are together and happy, every second I spend with you is special,” Gil added on a separate clip. “You are God’s gift to me and I will forever treasure you my love.”

The people capturing Gil’s surprise for Soberano even teased the two. “Proposal na to (is this the proposal)?” someone said.

Soberano replied, “Tapos dito siya luluhod sa kalsada (so he will kneel down on the street)?” Gil also immediately clarified that the surprise was not a wedding proposal. 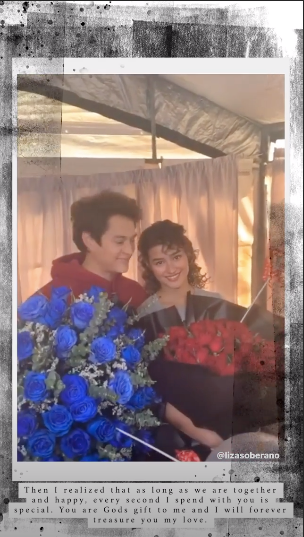 Soberano, meanwhile, greeted Gil with the same photo on her Instagram account. Soberano declared, “Every day is Valentines day with you.”  /ra

WATCH: Enrique Gil gives a peek into his Hawaii trip with Liza Soberano