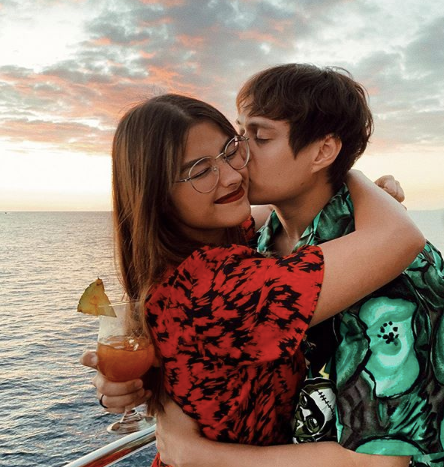 On actress Liza Soberano’s special day, her boyfriend and fellow actor Enrique Gil did not hold back from expressing his adoration for her, calling Soberano “an angel here on earth.” The couple celebrated the actress’ 22nd birthday by having a romantic meal on a boat.

Gil said Soberano gives so much love and happiness to the world, and his only wish is that she also receives the same amount of love back, as per his Instagram post yesterday, Jan. 4.

Gil and Soberano basked in the glow of the sunset, and viewed a fireworks display. Gil stated that being with Soberano was a dream that he does not wish to wake up from. He reminded the actress to stay happy and enjoy life.

Soberano also thanked her fans for all their well wishes on her birthday via her Instagram account on the same day.

She said Gil was her “fave travel buddy,” as she also posted some snapshots from their boat trip on Jan. 3.

LizQuen celebrated Christmas in the United States, in Soberano’s new home. The two were also together for the New Year countdown in Hawaii, as seen on Soberano’s Instagram Story on Jan. 1.

Soberano and Gil are set to appear in a new romantic TV series “Make It With You” starting Jan. 13. JB

For the first time, LizQuen spends Christmas at Liza’s new US home