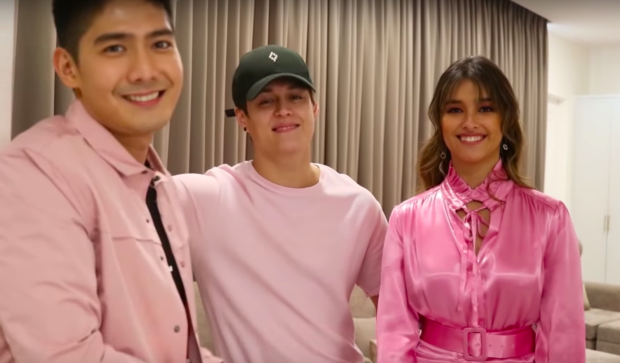 TV host and actor Robi Domingo quizzed the real-life sweethearts Enrique Gil and Liza Soberano on their knowledge of South Korea while the host was touring Soberano’s new wellness spa.

A competitive Soberano was up against Gil in a “K-pop quiz” on Domingo’s newest vlog on YouTube yesterday, Dec. 18. The former “Pinoy Big Brother” housemate threw Soberano and Gil a couple of trivia questions about South Korea, which they had to race to answer. Soberano won the quiz, one point ahead of Gil.

The showbiz love team LizQuen was asked about the country’s capital, music, language and national dish, among others. Gil jested that the quiz was unfair considering Soberano’s great admiration for Korean boy bands–Domingo even jokingly called Soberano “the president” of the K-pop group BTS.

The loser’s punishment was not such a strenuous task, as Gil was ordered to kiss Soberano on the cheek.

The actress launched a branch of her wellness spa in Alabang earlier this month, as seen on her Instagram post on Dec. 9. Soberano thanked her staff and her fans for their support.

Domingo got an exclusive tour of the location with Soberano herself in his vlog.

Meanwhile, LizQuen is set to appear in a new TV drama series “Make It With You” next year. The couple also marked their fifth year together last October.  /ra