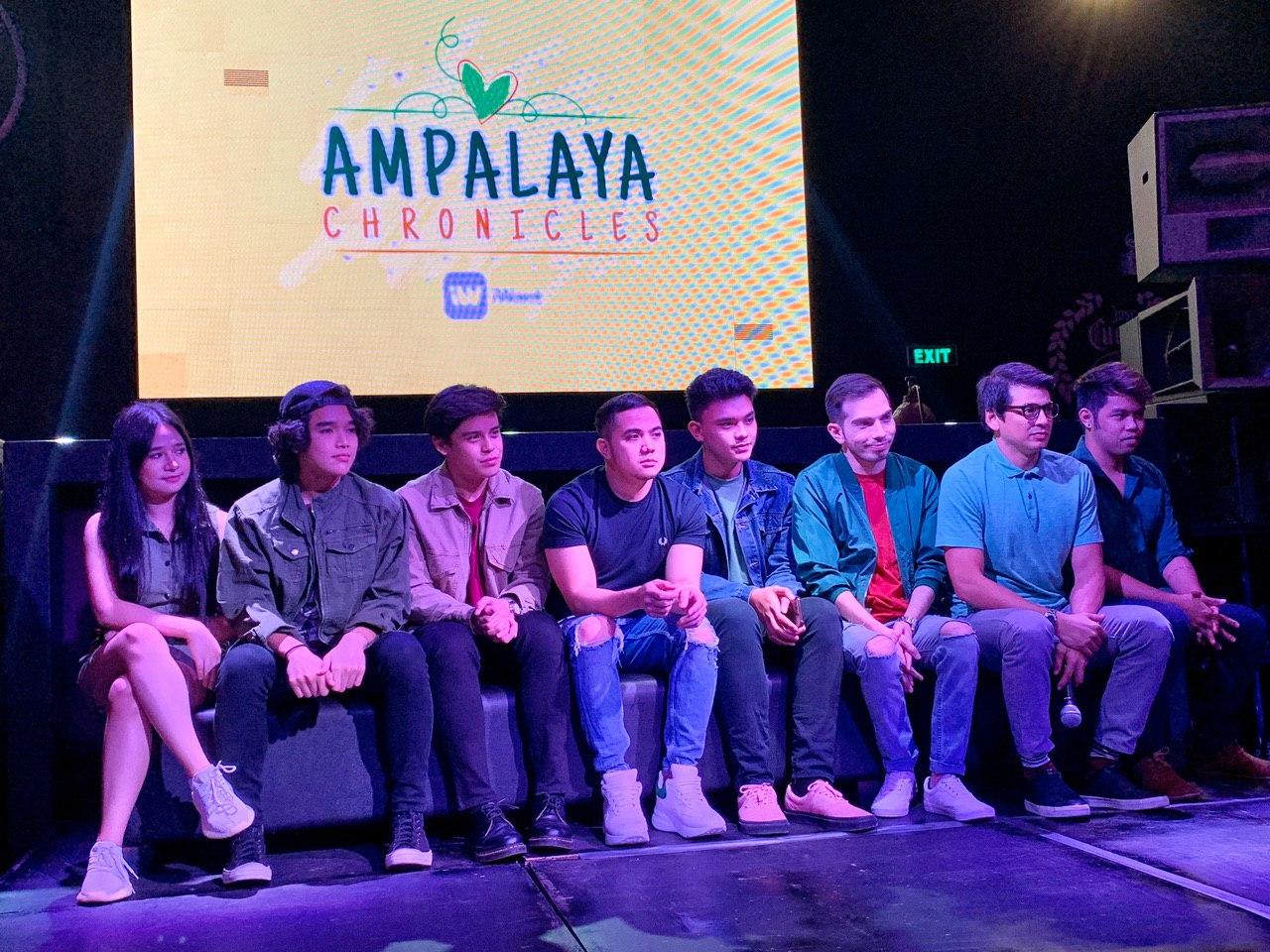 Khalil Ramos (third from left) leads the cast of “Adik,” one of
six episodes of the “Ampalaya Chronicles” with director Real
Florido (center).

“It’s OK to fall in love and experience heartbreak. You will survive it eventually,” said Khalil Ramos when Inquirer Entertainment asked what message he thought “Ampalaya Chronicles,” a six-episode show on iWant, wanted to convey to its audience.

“You’ll really go through heartbreak at one point in your life. It’s all a matter of picking yourself up, and knowing your true purpose. This also fuels you as you strive to show the world how passionate you are about what you choose to do with your life,” the actor stressed.

Khalil, along with Elisse Joson, is featured in the series’ first episode titled “Adik,” which tackles a one-sided love. It revolves around shy yet romantic poet Carlo (Khalil), who only wishes to get close to his longtime crush Nina (Elisse). He gets his chance when Nina appears at his doorstep, hoping to get him to help her write and perform poems for the talent portion in an upcoming beauty contest. As the two get closer, Carlo can’t help but hope for Nina to develop feelings for him. However, he painfully realizes that his dream relationship may only seem beautiful in poems.

“Adik” is based on a piece with the same title by spoken-word artist Carlo Hornilla. The episode is directed by Real Florido, written by Florence Henzon, and produced by Firestarters Production.

“My stand here is that you have never truly loved if you haven’t tasted bitterness. You become more appreciative of love, and it becomes more meaningful after your experience,” explained director Real. The series, which is now streaming on iWant, is based on the “Ampalaya Monologues” by Mark Ghosn.

“In the beginning, we didn’t think what we were doing would become this big. We just wanted to perform in bars as a way to vent,” said Mark. “Eventually, people came up to us to say that, for them, our show was ‘cathartic,’ ‘therapeutic’ or ‘nakakagaan ng loob.’

“Slowly, we were able to build a community which we later called Team Ampalaya. We’re a bunch of people who once experienced the bitterness of love, but are still hoping to one day experience its sweetness.”

Mark said his team has received good feedback from its followers on social media, saying they no longer feel alone. In their shows, they’d notice people crying, probably out of empathy for the person performing onstage. “They can relate to us, because we are able to express the feelings they have bottled up inside them. It makes them feel better.”

Real said the other five episodes are still in production, and that these stories were chosen because they are the most familiar to people. “Adik,” for example, got 8.2 million views on Facebook and is the first-ever Filipino spoken-word performance to went viral on Spotify.

“We picked those that were most familiar to our target audience,” the director said. “The show talks about one thing, love, but what’s special about it is that it ties up all these generations—the millennials, the Generation X and the ones before them.”