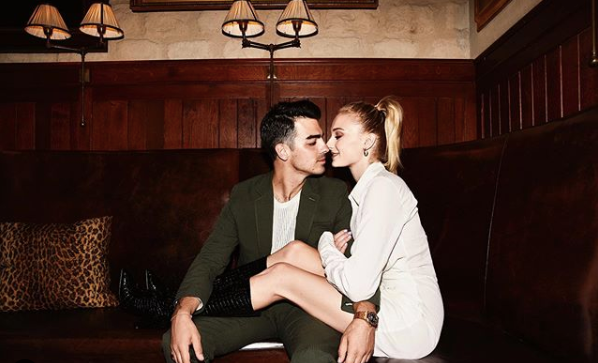 Multiple sources have reportedly confirmed that it is true, “Games of Thrones” actress Sophie Turner and musician Joe Jonas are about to have their first baby.

The two are keeping it a secret and only shared the news to family and friends, according to Just Jared’s report yesterday, Feb. 12. Apparently the 23-year-old actress deliberately chooses to wear outfits on-and-off the red carpet that could “accommodate to her changing body,” a source told the entertainment site.

Turner tied the knot with the 30-year-old Jonas Brothers member on two separate occasions last year: in Las Vegas last May and in France a few months later. As per the report, both Turner and Jonas’s representatives refused to comment about the matter. The couple has also yet to confirm the pregnancy news as of writing.

Meanwhile, the Jonas Brothers released a new track titled “What A Man Gotta Do” this January. It once again featured Joe, Nick and Kevin’s celebrity wives Turner, Priyanka Chopra and Danielle Deleasa, respectively, on its music video.

The trio made a major comeback last year with their single “Sucker” after being inactive for six years. Cha Lino/NVG