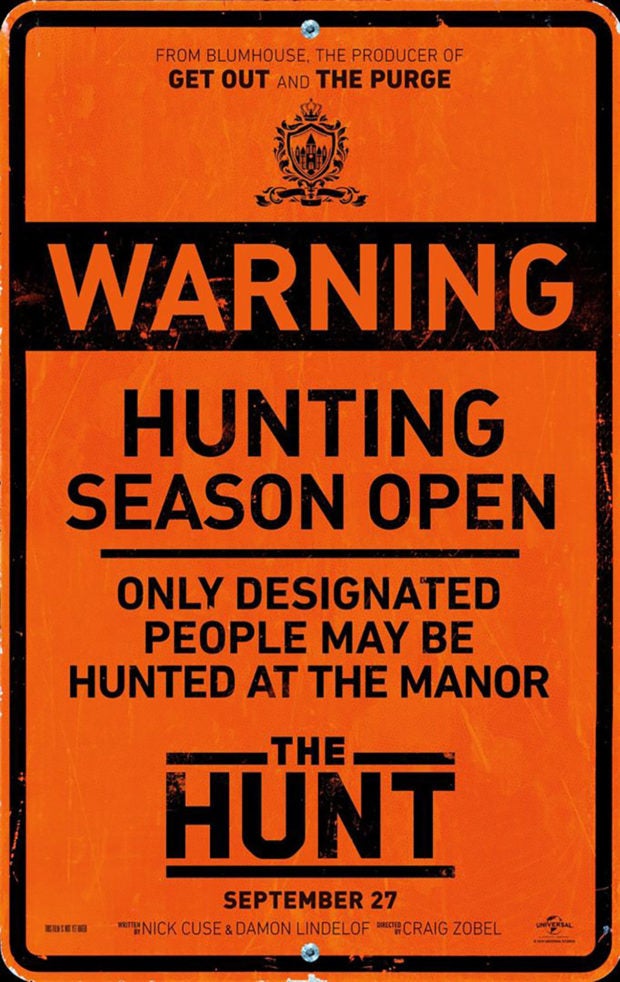 “The Hunt”, a film in which elites hunt “ordinary Americans” for sport that was pulled last year after sparking outrage, will finally be released next month, Universal Pictures said Tuesday.

The movie had been scheduled for release last September, but drew the ire of Republicans including President Donald Trump, who appeared to slam it as “racist.”

The plot of “The Hunt”, pulled after a series of mass shootings across the country, sees people who have been kidnapped from traditionally Republican bastions such as Wyoming, Mississippi and Orlando, Florida waking up in a field surrounded by “elite” hunters, who proceed to gun them down.

Wealthy characters in the film refer to their prey as “deplorables,” according to the Hollywood Reporter — a term Hillary Clinton used to describe Trump supporters during her presidential run against Trump in 2016.

“The most talked about movie of the year is the one nobody has seen… yet,” Universal said in a statement announcing its new March 13 release date.

Apparently embracing the controversy, a poster for the movie has a quote attributed to Fox News reading: “Shows Hollywood for what it really is… demented and evil.”

“Exploitative rather than opinionated,” reads another, alongside the film’s previous release date, which has been crossed out.

Last August, Universal explained its decision to postpone the “satirical social thriller” because “now is not the right time to release the film.”

The decision came just days after fatal mass shootings in Dayton, Ohio and El Paso, Texas, as well as a gun rampage at a California festival.

Adverts for the film had already been pulled following the shootings — but the movie drew Trump’s wrath nonetheless.

“The movie coming out is made in order to inflame and cause chaos,” tweeted Trump at the time, without referring to “The Hunt” by name.

Hollywood creates “their own violence, and then try to blame others. They are the true Racists, and are very bad for our Country!” he added.

Producer Jason Blum told The Hollywood Reporter in an interview published Tuesday, “None of us were interested in taking sides with this movie.”

“The audience is smart enough to know that what they’re seeing is a satire and it’s preposterous,” he added. CL/NVG

Bruno Mars to collaborate with Disney for new music-themed film