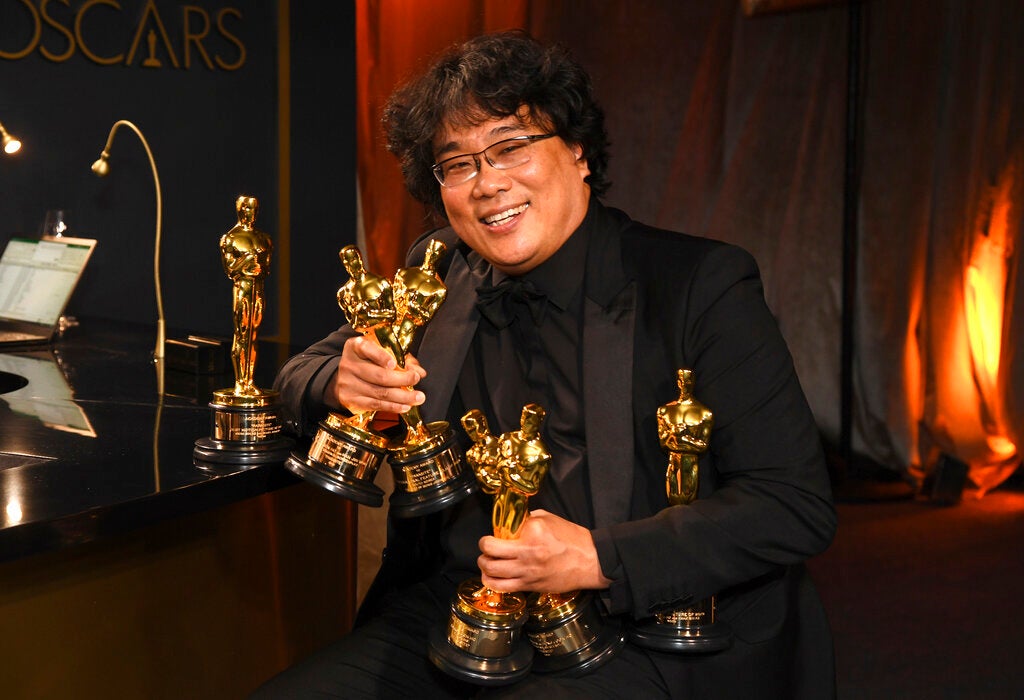 Bong Joon-ho holds the Oscars for best original screenplay, best international feature film, best directing, and best picture for “Parasite” at the Governors Ball after the Oscars on Sunday, Feb. 9, 2020, at the Dolby Theatre in Los Angeles. (Photo by Richard Shotwell/Invision/AP)

“A man named Bong Joon Ho wins #Oscar for best original screenplay over Once Upon a Time in Hollywood and 1917.  [The] acceptance speech was: ‘GREAT HONOR. THANK YOU.’ Then he proceeds to give the rest of his speech in Korean. These people are the destruction of America,” Miller said Monday.

“These people” are obviously not Koreans but those in Hollywood awarding a foreign film that stokes flames of class warfare over 2 films I thought were more deserving simply to show how woke they are.That should be clear from the rest of what I tweeted about tonight’s production.

The TV host’s tweet caught the ire of netizens, with several personalities calling Miller out and backing the Korean filmmaker’s win.

Singer-songerwriter John Legend replied to Miller’s tweet, saying “Do they pay you for these dumb takes or is this something you do for fun [?]”

Legend’s wife model Chrissy Teigen also lashed out at the TV host over her Twitter account: “What a dumb f*cking tool you are, your family is embarrassed. At gatherings they’re literally like ‘how’s Jon doing that little dumb f*ck tool’ and everyone goes ‘yeah we don’t care he’s a f****** dumb sh**’ – come say hi if you’re out tonight.”

What a dumb fucking tool you are, your family is embarrassed. At gatherings they’re literally like “how’s Jon doing that little dumb fuck tool” and everyone goes “yeah we don’t care he’s a fucking dumb shit” – come say hi if you’re out tonight https://t.co/Smxy2V7qwA

English television personality Piers Morgan quoted Miller’s tweet and called him out for being a “disgusting racist pr*ck.”

Miller, later on, backpedaled, explaining that his “these people” remark was pertaining to those in Hollywood and not the Koreans behind the movie.

Bong’s “Parasite” made a historic win at the Oscars for being the first foreign-language film to bag the Best Picture award.