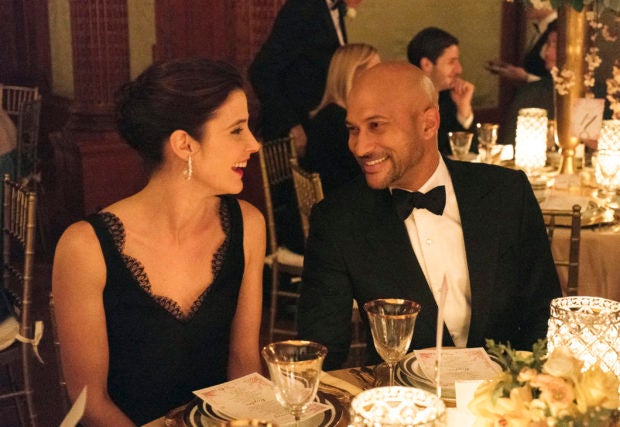 NEW YORK—Keegan-Michael Key is transitioning out of over-the-top comedies to focus more on dramatic films, and for him, it’s no laughing matter.

“We’ve been moving in a little bit of a new direction, where it’s a Keegan with a little more gravitas and a Keegan that still does humor, but it’s not as slap-sticky or goofy,” said the former “Key & Peele” star. “Keegan that’s trying to have a career that’s a bit more nuanced or maybe a little more dangerous or a little more scary. So I can flex those old muscles.”

His acting physique was first worked out at the University of Detroit Mercy, where he earned a bachelor’s in 1993 followed by a master’s at the University of Pennsylvania State in 1996. He describes his comedic career as a detour from his original path, but now he’s back on the road again.

“I had a little bit of anxiety when I did a production of Hamlet with Oscar Isaac off Broadway a couple of years ago here (in New York City). And there was a little bit of trepidation to begin with. And then it was like riding a bike—it was like being back in drama school,” said the Emmy winner. “So it’s full steam ahead in this new direction.”

During the past few years, he’s worked himself back into drama shape, culminating in a huge 2019: he starred in the hit Netflix series “Friends from College,” provided extensive voice-over work for huge animated and live action films such as “Toy Story 4” (playing Ducky alongside his “Key & Peele” partner, Jordan Peele, as Bunny) and “The Lion King” (as Kamari the hyena). But his standout moment was for his role as Jerry in 2019’s acclaimed “Dolemite in My Name” starring Eddie Murphy.

“Getting to work with Eddie Murphy has been one of the greatest experiences of my career, because it’s very surreal to have an opportunity to work with a hero—to work with a person who got you into the business. And what you do is you find yourself on set going like, ‘OK, is today the day that I’m going to tell Eddie that he changed my life?’” he said with a smile. “What do you tell a person other than you inspired me to do what I do? You could just as easily say you inspired me to be here today with you. My career took this path, and now I’m here with you.”

Although Key is focused more on serious roles, he’s still making folks laugh on NatGeo’s rebooted “Brain Games,” which airs Mondays at 9 p.m. EST. It’s a fun show that explores how the human brain processes and interprets information through challenges and games in front of a live audience. Celebrity guests such as Tiffany Haddish and married couple Kristen Bell and Dax Shepard join him throughout the season, along with cameos from stars such as his former TV partner Peele and legend Tom Hanks.

“I am a self-proclaimed blerd,” as in black nerd, says Key. “I am one of those guys who sits around and reads books on neurobiology, something that I just find fascinating. I am legitimately fascinated by how the brain works and why we do the things we do, and also things that we do that we don’t know we’re doing on a subconscious level—fascinating to me, and I can’t get enough of it.”

But he cautions viewers not to worry—although they’ll be learning, they’ll definitely be laughing as well.

“It’s another one of these things where it’s like the eternal task of trying to make science fun—we did it. We did it on Brain Games,” he laughed. “Entertained is one thing (but) I also want to make sure that people understand that they’ll be fascinated. And I think that’s an aspect of entertainment and being entertained.”

In the meantime, as Key forges ahead to pursue more dramatic roles, he’s refusing to limit himself.

“Let’s do action. I want to be the next Jason Bourne. I’ll be a villain in a Bond movie—I’d be more than happy to. And as I’m getting to explore other parts of my life and do new things, I’m ready for it. I’m ready for the challenge,” said an excited Key. “I just finished making a musical—I sing and dance in a musical. So why not this? Why not an action movie or three action movies or 10 action movies or a franchise? You know, got to dream big. Gotta dream big.”  IB /ra