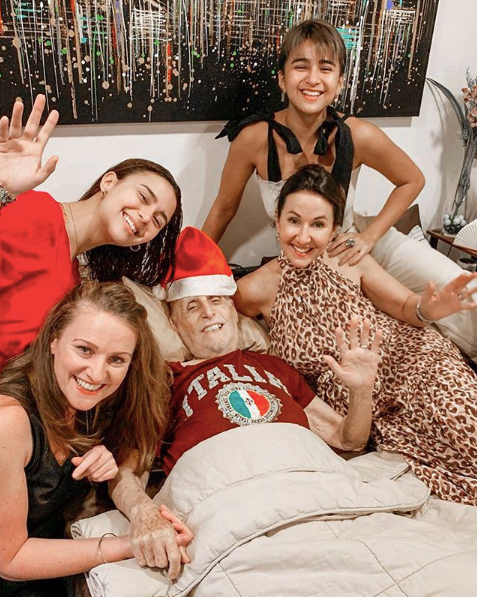 “Ang Probinsyano” star Yassi Pressman and her sister Issa, who is a model, are grieving the loss of their father, Ronald, who passed away at the age of 90.

Issa expressed her love and admiration for her dear father as she commemorated him through a series of videos highlighting his free-spirited nature. Yassi, meanwhile, shared with her followers some scenes during Ronald’s last birthday.

The Pressman family has yet to release an official statement with regard to the details of the father’s passing.

Issa remembered her father by showing some of his funny moments on her Instagram account yesterday, Feb. 6. Ronald apparently loved singing, making jokes and playing with their dog. In Issa’s post, Ronald always garnered some laughs from his family when they made fun of his hair and his falling tooth. The father also adored his daughters as he wished for nothing but some “peace and quiet” time with them.

“If you met my father, I bet he made you smile or laugh once if not more,” Issa said. “He was charming, always smiling, and had a great sense of humor.”

Issa also described how her father always saw the brighter side of things as a “happy ball [of] energy.”

“No wonder why you lived such a great and long life, you were always so positive,” Issa added.

He died from complications due to old age, as per Philippine Entertainment Portal’s report yesterday, Feb. 6. Ronald reportedly had a heart attack last Feb. 2 and was taken to St. Luke’s Medical Center in Bonifacio Global City in Taguig.

On Feb. 3, Yassi showed a video of Ronald during his last birthday. Back then, Yassi sang a happy birthday song to her dad while giving him a chocolate cake.

Because of the strong wind, Yassi and her companions were unable to light the candle, which led the actress to say “just pretend there’s a fire.”

During the celebration, Yassi also said, “Happy birthday daddy, love you,” before kissing him.  /ra