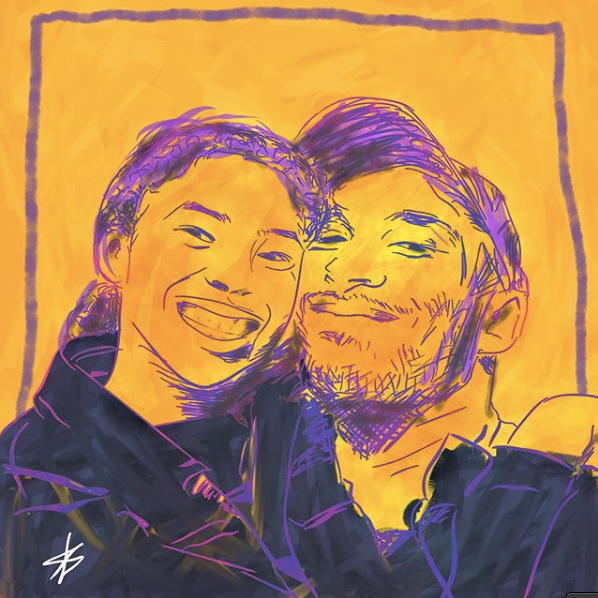 Fans are mourning over the sudden death of basketball legend Kobe Bryant and his daughter Gianna, along with seven other passengers, in a helicopter crash last Sunday, Jan. 26. But they continue to find various ways to comfort themselves while honoring the basketball player, such as in the case of musician Rico Blanco.

Blanco drew Kobe and Gianna as a tribute, as seen on his Instagram post today, Jan. 30. The singer-composer used the Los Angeles Lakers’ team colors purple and gold to draw the father and daughter. Kobe and Gianna are smiling and embracing each other in Blanco’s art work.

He also expressed his grief and confusion about the tragedy.

“[M]idnight art therapy cos when [it’s] quiet i can hear my heart still breaking i [don’t] understand,” he said, adding the hashtag #ripkobe and #ripgianna

Actor Michael V also offered a tribute to Kobe by drawing the basketball player. Bitoy made a time-lapse video while creating his artwork.

Kobe’s wife, Vanessa, has also spoken to the public after Kobe and Gianna’s death. In her statement, she thanked the family’s supporters for their outpouring of love.

“I take comfort in knowing that Kobe and Gigi both knew that they were so deeply loved,” she said. “We were so incredibly blessed to have them in our lives. I wish they were here with us forever.” JB