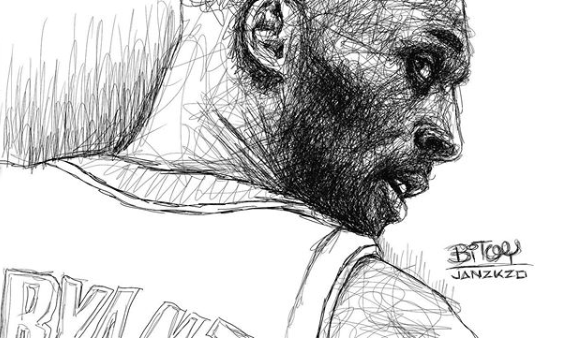 As the world mourns the tragic death of NBA legend Kobe Bryant, fans and celebrity fans alike are coming up with their own ways to honor the man. For multi-talented comedian Michael V, a sketch is a fitting tribute to one of the greatest basketball players of all time.

The artist made a timelapse video of his drawing of the basketball star and took it to Instagram yesterday, Jan. 27. Bryant’s helicopter crashed into a rugged hillside of Calabasas in California, United States the day before.

(I suddenly thought of my father and Kiko. I feel that they will be excited to meet Kobe.)

Michael V’s timelapse video was edited to also show snippets of some merchandise — such as shoes, a basketball and a #24 L.A. Lakers jersey — which all appear to bear Bryant’s signature.

“I had the same feeling nu’ng mawala si Michael Jackson (when Michael Jackson passed away). May halong ‘what if’ at inggit (There was a hint of jealousy and ‘what if’),” the artist stressed.

“Alam ko namang lahat tayo doon din ang punta pero (I know we are all going to end up in one place but) to have people say goodbye so soon seems unfair to some of us,” he added.

Michael V then went on to say that it is good how he believes in “all of these things,” saying that people “all deserve to be happy. Right here, right now and in the afterlife.”

“Rest in peace Mamba,” he ended.

Bryant and his 13-year-old daughter Gianna, along with seven other people, perished in the said accident after their helicopter reportedly flew in foggy conditions. JB

Read Next
Billie Eilish, a voice of the youth, tops the Grammy Awards
EDITORS' PICK
Geek out at TOYCON 2022 powered by Smart Signature
UK’s Boris Johnson will resign, BBC reports
High-risk pregnancy: Reducing your risk is in your hands
House energy committee chair Arroyo bats for cheap electricity
High inflation: Your P1 is now worth only 87 centavos
Unemployment rate up to 6% in May
MOST READ
Suspect in grisly killing of missing woman in Bulacan arrested
Hong Kong suspends flight bans as it eases COVID-19 rules
Bongbong Marcos’ first order: Abolish PACC, Office of Cabinet Secretary
Kim Atienza’s daughter flaunts bikini body in response to critics of her ‘revealing photos’
Follow @IBiongINQ on Twitter
Don't miss out on the latest news and information.