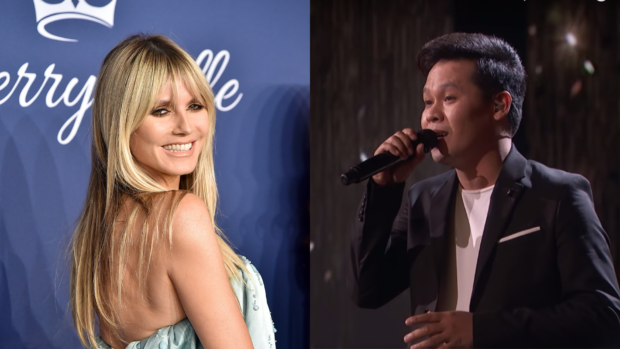 Heidi Klum could not help but praise Marcelito Pomoy for his latest performance on “America’s Got Talent: The Champions,” which made him one of the show’s finalists.

“Two amazing voices in on[e] person… @marcelitopomoy8,” she said on her Twitter page last Tuesday, Feb 4. “THIS is what talent sounds like.”

Two amazing voices in on person … @marcelitopomoy8 THIS is what talent sounds like! #AGTChampions pic.twitter.com/d4V12fCWVj

Klum accompanied her post with a clip of Pomoy’s rendition of Andrea Bocelli’s “Con Te Partirò.” During his performance, Pomoy once again featured his iconic “doble kara” style of singing, where he easily transitions between a “female” and a “male” voice.

“Have you heard his dual voices?” He said in a separate post. “Marcelito Pomoy did an INCREDIBLE job. WOW!”

Have you heard his dual voices? Marcelito Pomoy did an INCREDIBLE job. WOW! #AGTChampions pic.twitter.com/v9obMI1Bff

Pomoy’s latest performance has earned him a spot on the US show’s finale as one of its finalists. The singer rose to fame after becoming the grand winner of “Pilipinas Got Talent” in 2011.  He has since released two albums, namely “Split” (2013) and “Duet Yourself” (2016).  /ra