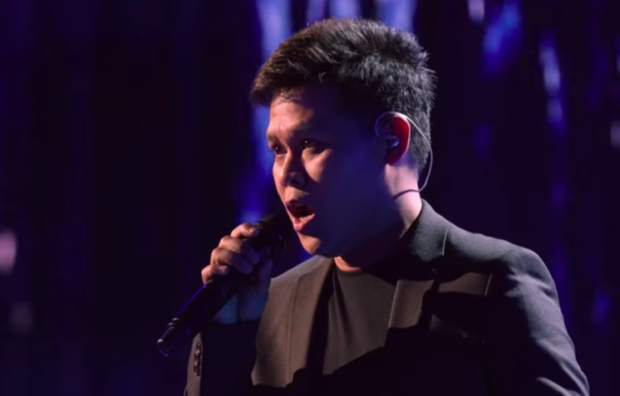 Marcelito Pomoy once again left everyone in awe after delivering a powerful performance on “America’s Got Talent: The Champions” season 2, earning him a spot in the competition’s semifinals.

The “Pilipinas Got Talent” Season 2 grand winner, with his iconic “doble kara” style, sang both Celine Dion’s and Andrea Bocelli’s parts in his rendition of “The Prayer”, which AGT’s official YouTube channel posted yesterday, Jan. 13.

“America’s Got Talent is the biggest stage in the whole world. So, I feel nervous. Very. I want to show the world that I’m a winner,” Pomoy said in footage played before his performance.

Right before he sang, Simon Cowell asked Pomoy if he was “here to win it,” to which the Filipino replied with a simple “yes.”

The moment the falsetto singer sang his first note, which was with his “female” voice, the judges were visibly shocked, and even had Howie Mandel asking: “That’s his voice?!”

Pomoy then went on to masterfully transition between his “female” and “male” voices, rendering the audience to give the Filipino a standing ovation in the middle of his performance.

“That was what I call a 10. As simple as that,” Cowell told the singer after singing his piece.

“That was so unique. You are a beautiful, wonderful singer with a young woman trapped inside of you,” an ecstatic Mandel meanwhile stressed.

Judge Alesha Dixon described Pomoy’s performance as “absolutely brilliant,” saying the singer’s uniqueness was something she has been looking for.

“Honestly, this is one of the craziest things I’ve ever heard in my entire life. Your voice, your range, your sound — it’s just so out of this world!” Heidi Klum told Pomoy.

Despite not getting a golden buzzer, Mandel assured Pomoy that he is worthy of it, but that he opted not to give it to the singer because the night was still early.

Pomoy asked his Filipino fans via Instagram to support him by watching the episode showing his performance, which would air later today, Jan. 14 on NBC in the United States.

He noted, however, that a live premiere would not be accessible in the Philippines, but he would inform his fans if ever the chance comes up.

(Win or lose, I am happy that I got to set foot on the stage of America’s Got Talent, the biggest show in the U.S.)