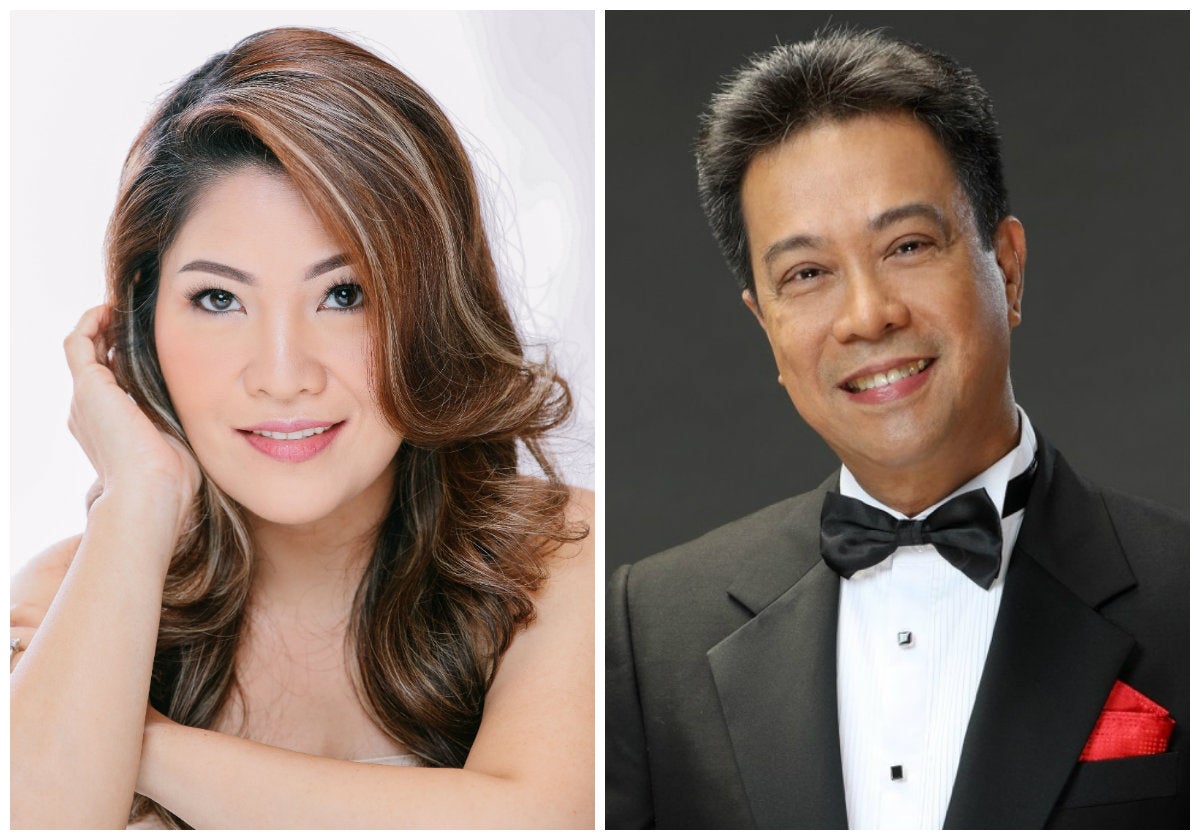 Hajji Alejandro and Dessa have been in the business for 44 and 28 years, respectively. But to this day, their voices remain intact. But there’s no real secret. More than any measure or precaution, the one thing that kept their instruments finely tuned is none other than practice, practice and more practice.

“The thing is, even when I left show biz and moved to the United States, I ne­ver stopped singing or doing shows. That really helped keep my voice from getting rusty,” Dessa told the Inqui­rer in a recent interview for “Powerhouse Valentine,” a coming dinner-concert she headlines with Hajji and the Philippine Madrigal Singers.

But what’s surprising, the diminutive powerhouse vocalist related, is that her vocal range seemed to have actually expanded a little as she got older. “It’s weird! There are some songs I couldn’t sing back then that I can pull off now. I have no idea why or how it turned out that way. Perhaps it’s because of the constant exercise,” she said.

Because she’s known primarily for her belting pro­wess, one may presume that Dessa’s vocal cords must have already taken some beating, after years of tackling demanding songs. Her last visit to her doctor, how­ever, revealed otherwise.

“I get my vocal cords checked once in a while, especially when I fall ill and feel like my voice has been compromised,” she said. “But in my latest checkup, the specialist told me that my cords are clear. And he was even more surprised when I told him I have been singing for more than three decades already.”

“I was told that some singers my age would have already developed issues, like nodules. Luckily, walang tama ’yung sa akin,” added Dessa, who made waves on the local scene after winning the top prize at the Voice of Asia contest in Kazakhstan and other singing tilts. “I’m so thankful for that.”

Like, Dessa, Hajji also sees to it that he exercises his voice, even if he doesn’t have to do a show. “I’m constantly humming; that’s already a form of vocalization,” Hajji said. “But of course, when I have a scheduled performance, I start conditio­ning myself weeks before it. I avoid ice-cold drinks and going to crowded areas.

The veteran singer, who po­pularized such classics as “Nakapagtataka” and “Panakip Butas,” has always been disciplined about keeping his voice in shape. “I don’t have vices. I don’t smoke. I rarely drink, only on special occasions, with friends,” Hajji said.

But at 65, he does have some limitations now, he admitted. “My voice becomes unstable when I lack sleep, so I need a good night’s rest before a performance. I have to recharge. I can’t just go onstage and wing it on the day of the show,” said Hajji, whose love for the craft fuels him to continue doing what he loves most.

“My mind-set is that you don’t work for music—you play it. And thus, I have been pla­ying all this time. From Day 1, it was all about the music. Sometimes, you find yourself asking if now’s the right time to stop, especially as you get older. But at the same time, I can’t ima­gine doing anything else,” said Hajji, who’s dubbed Philippine music biz’s “Kilabot ng mga Kolehiyala.”

“They’re no longer kolehiyalas, but they’re still there. They’re not as hyper and loud as they once were, but I’m thankful that they still support me. They still yearn for the music they grew up with and has become the soundtrack of their lives.”

“It’s what keeps us going,” added Dessa, whose most po­pular songs are “Bring Back the Times” and “Lipad ng Pangarap.” “I sing for my enjoyment. I sing wherever life takes me. This is my passion, and I think I will be doing this forever. Because—no kidding—I get sick if I don’t do it.”

With stage direction by Calvin Neria and musical direction by Elmer Blancaflor, “Powerhouse Valentine” will be held on Feb. 14 at the Monet Ballroom of Novotel Manila, and will have the headliners performing love songs from the 1970s to the 2000s. Part of the proceeds will be donated to the Philippine Cancer Society. Call 8891-9999 or 8911-5555.

“This is the first time Sir Hajji and I are doing a show together. We have been in the business for a long time, but we have yet to share the stage even in television guestings. That’s why I’m nervous and excited at the same time,” Dessa said.

Although this is their first show together, Hajji is confident that he and Dessa will complement each other onstage. “What Dessa and I have in common is that we don’t just go through the motions. She’s not just about power; she tells stories, too,” he said.