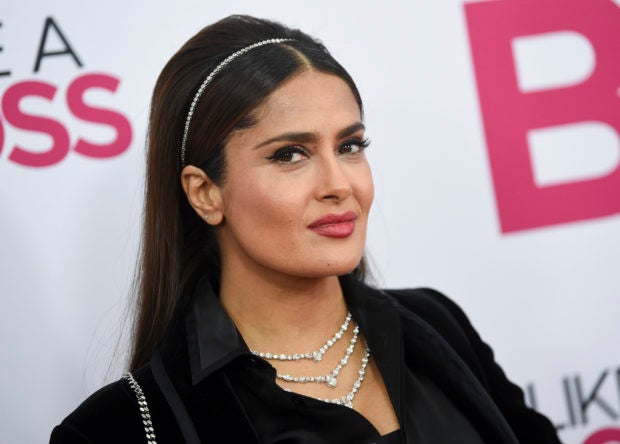 Salma Hayek at the world premiere of “Like a Boss” at the SVA Theatre in New York. Image: Evan Agostini/Invision/AP

“American Dirt”, published Tuesday, tells the story of a Mexican woman and her 8-year-old son fleeing to the United States border after numerous family members are murdered in drug cartel-related violence. The heavily publicized book has been praised by Stephen King and Ann Patchett among others and was chosen by Oprah Winfrey for her book club. On Saturday, it ranked No. 4 on Amazon.com’s bestseller list.

But numerous Mexican-American writers have called “American Dirt” an ill-informed narrative about Mexico that reinforces stereotypes. Cummins, a non-Mexican, even acknowledged in an author’s note that she had reservations about writing the novel. She has said she wanted to personalize the issue of immigration and be a “bridge” between different worlds.

Earlier this week, Hayek had posted a picture of herself on Instagram holding the book, and she praised Winfrey for “giving a voice to the voiceless & for loving harder in response to hate.” But after facing criticism online, the Mexican-American actress pulled back Friday, writing that she was unaware of any controversy.

“I thank all of you who caught me in the act of not doing my research, and for setting me straight, because that means you know me and gave me the benefit of the doubt,” she wrote, “I apologize for shouting out something without experiencing it or doing research on it.” RGA