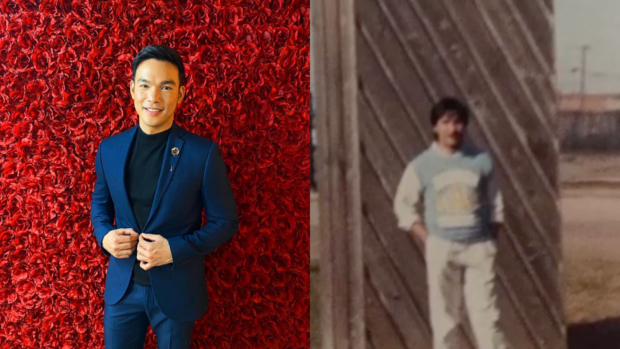 Mark Bautista’s father, Leon Darni Bautista III, passed away last Thursday, Jan. 23. The singer expressed his grief over his family’s loss with a short yet sweet montage of his father’s old photos, as seen in his Facebook post yesterday, Jan. 25.

VERY LONG POST:January 23,2020 -2:30PM-flight PR 2525That fearful moment has finally come.My mom called my brother this morning, January 23,2020. She didn’t call me first thinking that was working or I was doing something and might get distracted. My brother woke me up in my room and said Mama was crying because Papa was in the hospital and was non-responsive. I started to feel anxious. For my Mom to cry like that, it could only mean something serious. For her to ask us to come to CDO right away, surelythat is already alarming. We packed our things and thank God, we were able to get a flight to CDO.We booked a Grab car and and left the house. Only God knows what happened next…it was the longest trip I’ve ever taken in my entire life. Then I received another call from my sister while we were in the car. She broke the news and confirmed that papa was already gone. Her voice was shaking. My brother and I broke down. No words, just tears. It was too heavy to take. I’ve never felt that feeling before…I just thought to myself, “Mark, be still, everybody goes through this… just breathe, breathe…” As much as I want to question God, slowly I’ve reached a clear understanding about my papa’s passing. I’d like to think that my father’s life is already a blessing. Maybe this is already God’s full extension of his life since this is already his 12th attack. God has spared him so many times, and maybe his time is already up. God can only do so much. We have to let go and accept everything. My Papa has been through a lot and for that I’m still thankful to God for allowing my Papa to celebrate Christmas with us last year and celebrate my brother’s and my mom’s birthday this month. I thought I was prepared after a series of false alarms and recoveries the past few years, but one can never be prepared when you hear the news for the first time that the person you love is indeed gone. It’s heartbreaking. It’s the first loss in our immediate family and I slowly realized that a part of me, the person who contributed half of my blood, my genes,my everything is gone and will never be with us forever. It’s even more painful because that person has left an indelible mark in everyone’s hearts. He is so precious, loved by many. His soul is so pure and his spirit so kind. I’ve never met anyone like him. No one is like him…Everyone who knows him can attest to that. Just to quote my brother who can read people’s auras, “my papa has a very unique aura…it has all the color in the rainbow.” We do have a few colors in our auras but he is like a unicorn…His positivity and outlook in life is just very commendable. He started working abroad even before I was born until my high school years when he was no longer fit to to travel and work abroad. I saw in him his deep and undying love for our Mom, more than anyone could ever imagine. Sometimes we would think it’s too much or unnecessary but I learned from him that love is limitless and you can give more than what is asked without expecting anything in return and still be happy. We learned to be compassionate and generous to people because that’s just who he was. Papa taught us how to be good to people and treat people with respect. (I always thought maybe he has Japanese blood.) Because of his travels abroad when we were kids, we got a taste of imported goods and other things..We learned the value of time, family and the sacrifice you make working abroad to support the people you love. We will miss Papa everyday for sure, but that’s life. Everything will just be a memory. Acceptance and understanding God’s way will always play a major role in handling loss. My friends, take care of your loved ones. Show them more love and give more time because you’ll never know what will happen next. Today will just be tomorrow’s memory.Treasure the moment. Live it. Love you pops! Till we meet again!*with 2 of his top favorite songs1.First Of May by Bee Gees2.Fair Share by Seals and Crofts

He said his mother first called his brother on the morning of Jan. 23. After the call, the singer’s brother woke him up and told him that their mother was crying because their father was in a hospital and was non-responsive.

“I started to feel anxious,” Bautista said. “For my Mom to cry like that, it could only mean something serious.”

He also noted how it was “already alarming” for their mother to ask them to fly to their hometown, Cagayan de Oro. The brothers immediately packed their things and left for the airport. While they were in a car on the way to the airport, Bautista said their sister had called them to tell them that their father had already died.

“My brother and I broke down. No words, just tears,” the singer added. “It was too heavy to take.”

Despite the tragic news, Bautista said he has slowly reached a clear understanding of his father’s death.

Bautista did not mention what his father was suffering from but stated that he has “been through a lot.” The singer also expressed his gratitude for being able to spend Christmas with his father last December, as well as being present for his mother’s and brother’s birthdays.

“I thought I was prepared after a series of false alarms and recoveries the past few years, but one can never be prepared when you hear the news for the first time that the person you love is indeed gone,” he said. “It’s heartbreaking.”

“It’s the first loss in our immediate family and I slowly realized that a part of me, the person who contributed half of my blood, my genes, my everything is gone and will never be with us forever,” Bautista added.

After looking back on how his father had worked hard abroad to support their family, he reminded his followers to take care of their loved ones.

“Show them more love and give more time because you’ll never know what will happen next,” Bautista said.

The singer also shared a sweet moment with his family during his father’s wake, as seen in a separate post earlier today, Jan. 26. In light of his parents’ wedding anniversary yesterday, he was his father’s proxy as he danced with his mother. They danced to Bautista’s brother singing the 2003 tune “Dance With My Father”.

Just wanna share what moved me last night.It’s my parent’s wedding anniversary yesterday and that night,Mama wants to…

“Mama said she’s happy,” the singer stated, “at least for that moment and I’m sure papa is happy too.” JB

Boy Abunda opens up on mom’s death: ‘I don’t know how I’m going to move on’

Carlos Yulo slams slurs on Mark Bautista: ‘Message of encouragement is not a sign of flirting’