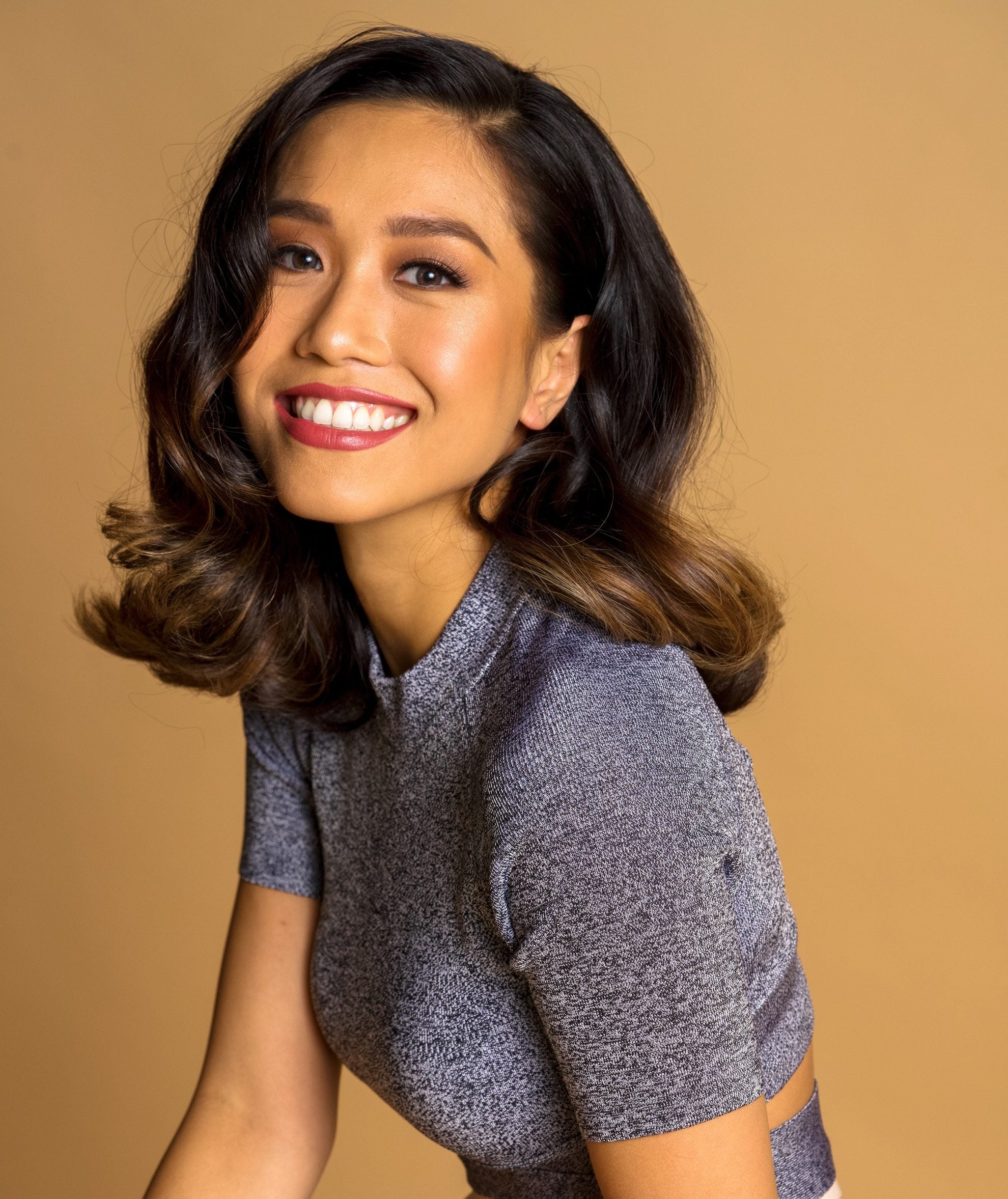 Growing up, all Rachelle Ann Go ever wanted was to sing, record albums and headline her own concerts—that was the ultimate dream.

“I want to become a famous singer someday,” Rachelle would always write those words on slam books being passed around in class back in high school. “It was all about fame,” she admitted. But that changed when theater beckoned eight years ago. “Once I was here in this field, I began to find my purpose. It made me realize why I do what I do; that singing isn’t just about being technically perfect, but being able to tell a story,” the singer-actor said at a press conference for her Valentine’s Day concert, “Rachelle Ann Go: The Homecoming.”Impressing the viewers, she pointed out, shouldn’t come at the expense of connecting with them.

“You shouldn’t be scared or worry too much about pleasing everyone. Sometimes, you wonder about the applause after your performance. As long as you give your best, that’s all that matters,” said Rachelle, whose first foray into theater was playing Ariel in a local staging of “The Little Mermaid” in 2011.Three years later, she secured a spot in the West End production of “Miss Saigon,” as the jaded bar girl, Gigi van Tranh—a role she reprised on Broadway in 2017. That career-changing break led to another: She would go on to play Fantine in “Les Misérables” on Broadway from 2015 to 2016 and Elizabeth Hamilton in “Hamilton” from 2017 to 2019.

After doing theater work for almost a decade now, Rachelle believes that she has grown to become a more emotive singer, who’s no longer as reliant on producing vocal fireworks as she once was.“It was all about belting, especially when I was young. Pang-contest—that was what I was accustomed to. So, when I first did ‘Saigon,’ I went all-out. I had only one song, so I might as well do it as if it was the last performance of my life,” Rachelle told the Inquirer

While that doesn’t seem as vocally taxing, it all adds up, she pointed out, when you have eight shows a week in a country with a climate so different from the Philippines.“I wasn’t used to the winter cold, so I had to take care of my body. Otherwise, I wouldn’t last and get sick,” she related. “More importantly, I had to learn different vocal placements. What would happen to your voice, say after 10 years, if you’re always belting? Even I must admit that it’s harder for me to sing one big song after another, now that I’m older.”

Her training, Rachelle added, also rid her of her bad singing habits. “I used to eat my words. Luckily, we have vocal coaches there, who make sure we have clear diction,” she said.

The 33-year-old theater artist is set to return to London on Feb. 20 and begin preparations for another run of “Les Misérables.” But before that, she will serenade Filipino fans on Feb. 14 at the Marriott Grand Ballroom at Resorts World Manila (call 8891-9999).

“I will be performing love ballads and songs from musicals. It’s going to be a relaxed evening. I’m so excited, because this is my first show in a long while where I don’t have to dance!” jested Rachelle, who will be joined by guests Lea Salonga, Erik Santos and Zephanie Dimaranan.Who said one can’t juggle a successful career and a healthy love life? Rachelle and her husband, Martin Spies, recently moved into their new four-bedroom house in London.

“When he was still pursuing me in New York, I warned him that I would have to return to London. Then, he told me that he would go where I go. He did honor his words. Haba ng hair ko!” she said, laughing. “Luckily, the company he works for (a luxury fitness center) was also very supportive and transferred him to London.”

Now that they have a home, Rachelle can finally see herself starting her own family with Martin. Will she continue working in theater then? “Maybe my priorities will change once I have a baby. I don’t think I would be able to do so many shows while raising one,” she said. “But I’m taking things one day at a time.”