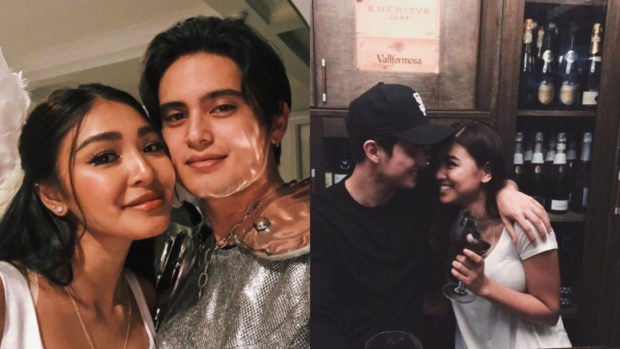 Nadine Lustre and James Reid have broken hearts across the country with their split. Image: Instagram/@nadine

TV sweethearts turned real-life couple James Reid and Nadine Lustre have been through some ups and downs in front of the camera after being together for almost four years.

Unlike romantic movies, real life does not always come with a happy ending. Reid and Lustre confirmed their split last Monday, Jan. 20, after weeks of speculation about their breakup. The couple said in a joint statement that they are good friends and will still be working together in the future.

But before moving on to another chapter in their lives as single individuals, here are some of the love team JaDine’s most “kilig” interviews together through the years, where they kept it real about love.

Right on top of the list is their first interview as an official couple with TV hosts Robi Domingo and Gretchen Ho. Lustre and Reid, who teamed up for ABS-CBN’s romantic TV series “On the Wings of Love” (OTWOL), talked about the turning point of their relationship from friends to lovers, as seen on ABS-CBN Entertainment’s YouTube channel on March 1, 2016. 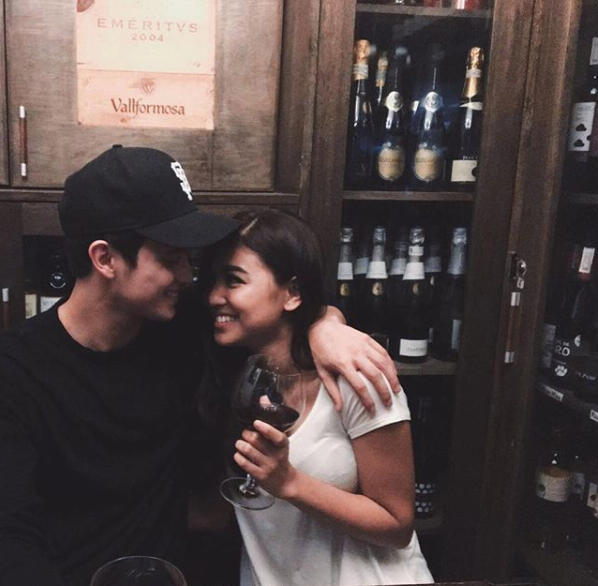 When asked by Domingo what their favorite moment was while shooting “OTWOL”, Reid revealed that he realized he was in love with Lustre while filming a scene in Lake Tahoe, California.

Lustre, on the other hand, said, “Ako (For me) everything about OTWOL.”

“Yun yung time kung saan nangyari lahat eh, yung journey,” she added. (That was the time when everything happened, the journey.)

Lustre confirmed the progress of the relationship was due to the show. She said, “So before, friends, and then in the middle of it, slowly, nagbago (it changed).”

When Domingo gave a follow-up query about what she liked about Reid, Lustre responded: “Lahat (everything).”

Reid also revealed that he and Lustre did not go through the usual courting stage since they began as friends. “The way we went through it was different; it’s not like any other relationship I’ve been through before,” he said.

Reid also narrated how they became a couple on Feb. 11, 2016, when he first admitted to Lustre that he was in love with her. This was a few days before he proclaimed “I love you” to Lustre right in front of their fans in their concert “JaDine in Love” on Feb. 20 of the said year.

“She was quiet for so long and then she didn’t say anything and then I was like ‘Say something’,” Reid recalled. “She said, ‘Kilig ako (I feel giddy).'”

JaDine quizzed each other about their likes and dislikes, their first impressions of each other, as well as their plans for the future as seen in a video on Metro’s YouTube channel on Oct. 11, 2016.

The two said they first talked to each other during the shoot of Reid’s music video for “Alam Niya Ba” in 2013. Lustre recalled how hard it was to approach Reid during the shoot. She was apparently trying to spark a conversation with Reid since they were posing as a couple on the video.

Meanwhile, Reid revealed his favorite scene in the music video was when Lustre kissed him on the cheek. Lustre even said that the scene was “so awkward.”

Someone from behind the camera jested if it was still awkward to kiss each other now. Lustre replied with, “This [the interview] is awkward.”

Reid and Lustre also had to answer the question, “Who am I in your eyes?”

“You’re my best friend,” Reid said. Lustre protested, “Why do you always have to get my answers?”

In Lustre’s response to the question, she called Reid her best friend, her security blanket, her food, travel and gym buddy and her “everything.” 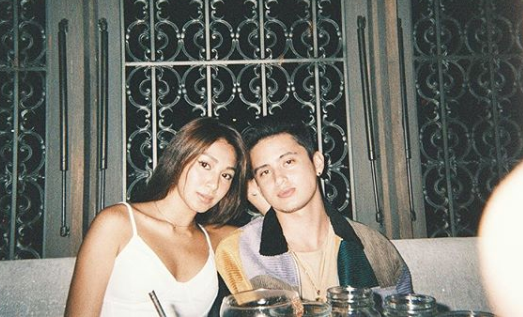 Almost two years into their relationship, Reid told comedian Vice Ganda that he felt the most like himself when he was with Lustre, as seen on the “Gandang Gabi Vice” YouTube video uploaded on Jan. 28, 2018.

“With Nadine, I feel safe,” Reid said. “Whatever life throws at us or even showbiz, whatever problems, I feel like, with her, I can overcome it.”

Vice observed that Reid adored Lustre. Meanwhile, Lustre also shared the story behind her pet name “Bumbum” to Reid. She said while laughing, “Kasi cute yung pwet niya (Because his butt is cute).”

April 2018: In between honeymoon and comfortable stage

In their interview with Korina Sanchez for her show “Rated K”, Reid explained that for couples there are different levels in a relationship: the dating stage, the honeymoon stage, the comfortable stage and the marriage stage.

Lustre and Reid said they were in between the “honeymoon and comfortable” stage in their relationship, as per the TV show’s episode uploaded on YouTube on April 1, 2018.

When Sanchez asked the couple if their relationship was a “passionate” one, Reid said yes.

He also stated that in their two years, “I feel like we’ve grown a lot together.” Reid became candid when he said he thought he and Lustre argued less frequently than most couples.

In 2019, Reid came back to “Tonight with Boy Abunda” alone where he shared his struggle with depression. Reid said he went on a solo trip to Japan to get away from “fans and bashers alike.”

He told Abunda that when he got back he and Lustre “really started to kick off” their relationship, as per the episode uploaded on YouTube on Oct. 28.

“With her, I didn’t have to pretend to be anyone,” Reid stated. “In the end, she became the only one I wanted to please.”

Reid also narrated how Lustre helped him through “the darkest time” of his life, as he had been there for her when she was going through depression.

“No one understood me the way that she did,” he said.

Lustre said in a separate interview last March 2019 that through the course of her three-year relationship with Reid, she has changed for the better. Lustre also shared that the relationship taught her how to communicate and open up, as seen in the show’s episode on YouTube on Mar. 23.

“I think we just really love each other Tito Boy,” Lustre said. “Yung naging transition ko to who I was before, to the person I am now is so beautiful that I — kahit hindi na kami ni James — he will always have a place in my heart.”

(The transition from who I was before to the person I am now is so beautiful that I — even if I am not with James anymore — he will always have a place in my heart.)

Abunda asked Lustre if she could imagine a life without Reid; she answered no.

“I’m really, really thankful he came into my life,” Lustre said. “He was the biggest instrument for my healing and for just discovering myself.”

In Abunda’s last question, he asked Lustre to fill in the phrase “James is…”