New in theaters: ‘Bad Boys For Life’, ‘Dolittle’, ‘The Wave’ 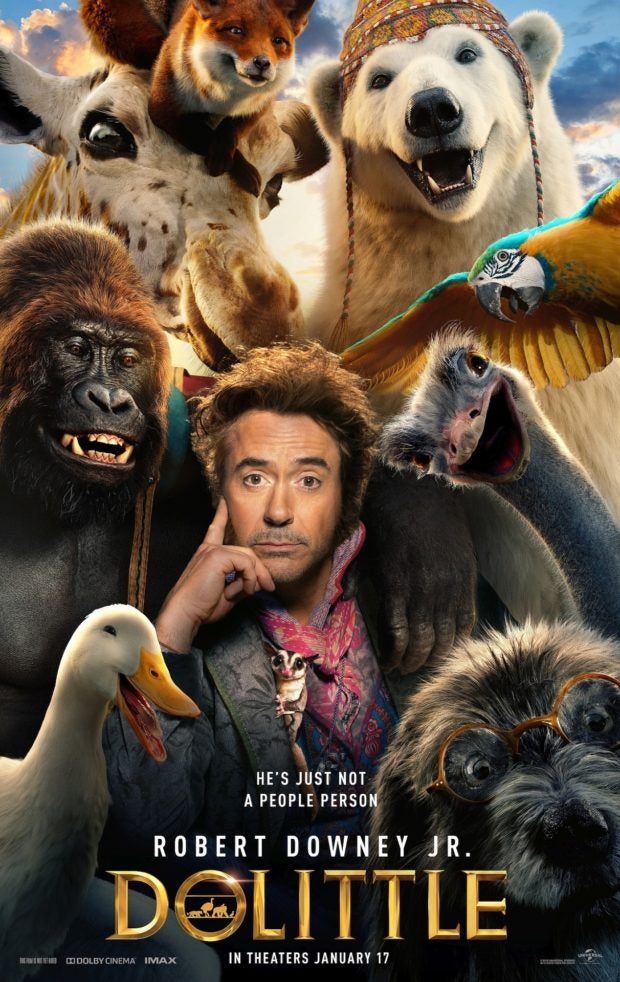 Robert Downey Jr. stars as the doctor who can talk to animals in “Dolittle”. Image: courtesy of Universal Pictures via AFP Relaxnews

Will Smith and Martin Lawrence team up again in “Bad Boys for Life”, Robert Downey Jr. leads a CGI animal cast in “Dolittle”, and Justin Long falls into an insurance lawyer’s accidental drug trip in “The Wave”.

It’s one last outing for the detective pair as Marcus looks forward to retirement and Mike makes sure the next generation of law enforcement knows who’s the best and most stylish cop around.

Doctor to all-comers, whether they be human or another breed animal, John Dolittle is coaxed out of his isolated manor when Queen Victoria sends him in search of a mythical cure.

Insurance lawyer Frank is used to taking advantage of situations, but when a mystery hallucinogenic takes advantage of him, he careens through corporate meetings and bizarre visions on a mission to find his wallet and the girl he met on that weird night out.