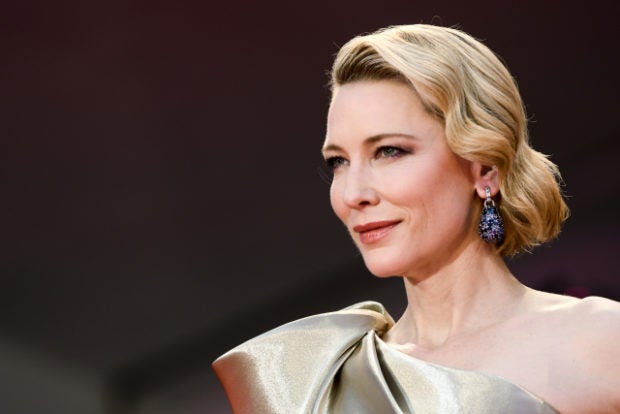 Cate Blanchett at the premiere of “Suspiria” during the 75th Venice Film Festival at Venice Lido. Image: AFP/Filippo Monteforte

Actress Cate Blanchett will chair the jury of the Venice Film Festival in September, organizers said on Thursday.

The award-winning Australian actress will become the president of the jury for the festival’s 77th season, slated for Sept. 2 to 12.

“Venice is one of the most appealing film festivals in the world — a celebration of this provocative and stimulating medium which is cinema in all its forms,” Blanchett said in a statement.

No stranger to festivals, the 50-year-old actress most recently headed the jury at the 2018 Cannes Film Festival, which has been criticized in the past for ignoring female directors in its prestigious lineup.

That year, she was among 82 women who ascended the famous red carpet steps of the Palais des Festivals in a march for gender equality.

Two of Blanchett’s films have premiered at Venice: 1998’s “Elizabeth”, a period drama about Queen Elizabeth I directed by Shekhar Kapur, and “I’m Not There”, by Todd Haynes, a 2007 biopic in which Blanchett plays Bob Dylan, for which she won a best actress award. RGA

ADVERTISEMENT
Read Next
Demi Lovato to sing the national anthem at the Super Bowl
EDITORS' PICK
SMDC brings premier bayside living to Bacolod
Senator bares POGO workers’ visa payoffs
Gov’t readies repatriation of 500 Pinoys on cruise ship
Pupils’ problem not literacy but reading comprehension – DepEd
La Filipina empowers Filipino sports teams to sprint towards athletic dreams
Check out these 5 ways women can sleep better and have #WalangWorry Nights!
MOST READ
Duterte vs America
TNT gets Poy Erram in 3-team deal
Alden on what it’s like to work with his idol Bea
310 ‘narcolist’ cops test negative for drug use
Don't miss out on the latest news and information.