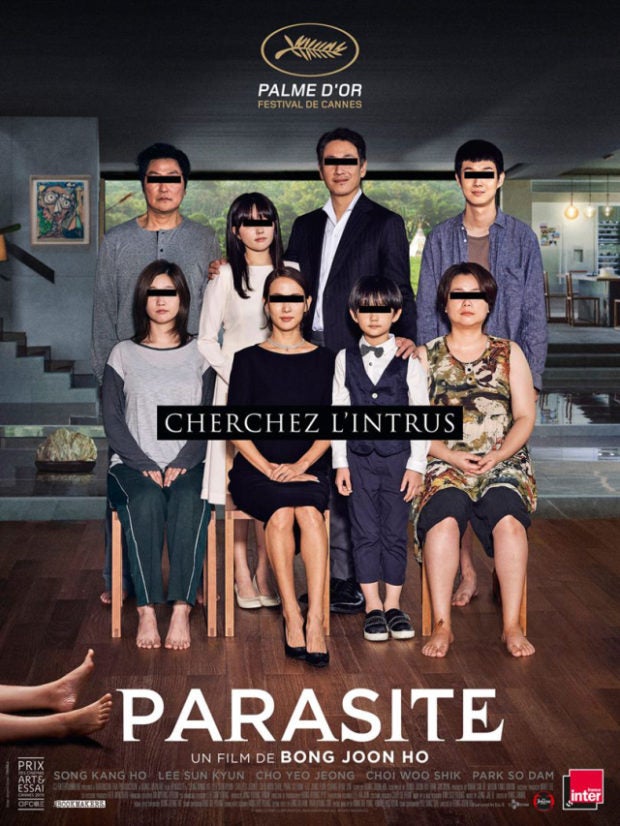 The Oscar nominations for South Korean black comedy “Parasite” are the latest illustration of its success in the United States, but a widespread aversion to subtitles still stands between Korean cinema and a breakthrough into English-language markets.

Whether Bong Joon-ho’s Golden Globe-winning dark thriller will turn out to be the vanguard of a new Korean wave — after the global advance of K-pop and the popularity of K-drama — will only become clear in many years’ time, say critics.

The global dominance of the English language has been a perennial challenge for filmmakers working in other tongues, and doubly so in the world’s biggest cinema market.

The highest-grossing foreign-language film in the U.S. remains Taiwanese-born director Ang Lee’s 2000 martial arts saga “Crouching Tiger, Hidden Dragon”, which took US$128 million at the American box office — only about half the amount of “How the Grinch Stole Christmas”, that year’s chart-topper.

No non-English production has ever won the Academy Award for Best Picture.

While South Korean cinema has a long history — it marked its 100th anniversary last year and is critically acclaimed in Europe — the Oscar nods for “Parasite” are the first for South Koreans.

The 50-year-old Bong previously described the Oscars as “very local”, but his vicious satire about the widening gap between rich and poor has been shortlisted for six awards next month, including Best Picture and Best Director as well as Best International Feature Film.

It has already become the South’s first movie to win the top prize at Cannes and the first to take the Golden Globe for best foreign language film.

Bong called out American moviegoers’ aversions at the Golden Globes, telling his Hollywood audience in his acceptance speech: “Once you overcome the one-inch-tall barrier of subtitles, you will be introduced to so many more amazing films.”

Most American film fans have never developed the habit of reading subtitles given the ubiquitousness of English-language content, said José Sarmiento Hinojosa, a Lima-based film critic.

But he said the success of “Parasite” was playing out against a backdrop of the rise of streaming services such as Netflix, which offer a variety of foreign-language content, giving monolingual viewers greater exposure to subtitles.

The process, though, will be a long one, he said.

“I don’t think the decades-long habit of watching dubbed films or ‘American remakes’ will change just now. But it’s part of a slow and painful process which has to happen eventually.”

In the case of K-pop, Psy’s 2012 global mega-hit “Gangnam Style” did not immediately lead to the kind of sustained worldwide popularity now enjoyed by boy band BTS.

“Conventional wisdom has long held that people won’t go to watch a subtitled movie, and big theater companies have felt it’s a waste of money to tie up a screen in a theater with a foreign language film,” she said. “I honestly think the audience is ready now.”

“Parasite” has grossed more than $25 million at the U.S. box office in less than four months. Jason Bechervaise, a professor at Korea Soongsil Cyber University in Seoul, said it was “eating away” at viewers’ linguistic prejudices.

Bong was “using the stage he has been given to encourage viewers to seek out subtitled works as he attempts to tear down this barrier”, Bechervaise added, suggesting the Oscar nominations could prove a cinematic “landmark”.

But he warned that while “Crouching Tiger, Hidden Dragon” was a “groundbreaking moment” and had led to the success of similar films, it did not cause an “explosion of interest in world cinema as a whole”.

And Nancy Wang Yuen, a sociologist who researches race and cinema in the U.S., pointed out that directors with Best Picture Oscar nominations for foreign-language films often first made Hollywood hits.

Ang Lee worked with Kate Winslet for his 1995 period drama “Sense and Sensibility”, and Bong teamed up with Tilda Swinton, among others, for “Okja” and “Snowpiercer”.

For those who have not made crossover films, Yuen told AFP, “the recognition factor and biases against films made not in the English language will continue to be a barrier”. NVG