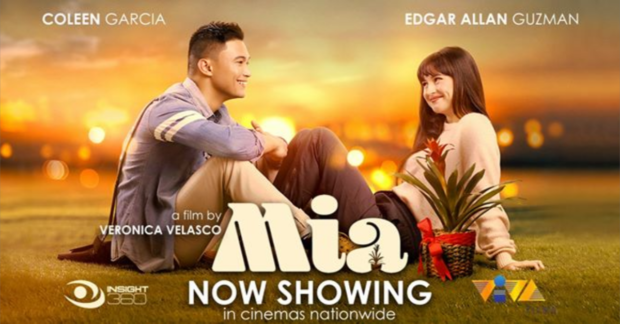 Some in the movie industry have joined in contributing to relief efforts for Taal Volcano eruption victims.

Among them are the producers of movie “Mia” starring Coleen Garcia and Edgar Allan Guzman. Net proceeds of screenings yesterday, Jan. 17, were donated, as announced on the film’s Facebook page. The film, directed by Veronica Velasco, premiered on Jan. 15.

Viewers were thanked today, Jan. 18, for their support. They were assured that proceeds from the tickets, meaning the ticket price less cinema share and government taxes, will aid those affected by the eruption.

The film follows Mia (Garcia), a doctor who turns to alcohol while dealing with grief and heartbreak. Helping in her healing process is Jay, a forester and environmental activist.

It has received positive reviews, with critics lauding the rom-com for including social causes in the film.

READ: ‘Mia’: Rom-com with a cause a career-boosting showcase for Coleen Garcia

However, the film’s promotions lamented that the movie has been pulled out from cinemas and encouraged moviegoers to catch it using the hashtag #SaveMiainCinemas.  /ra

Coleen says Billy ‘a different person’ after giving up booze