Coleen says Billy ‘a different person’ after giving up booze 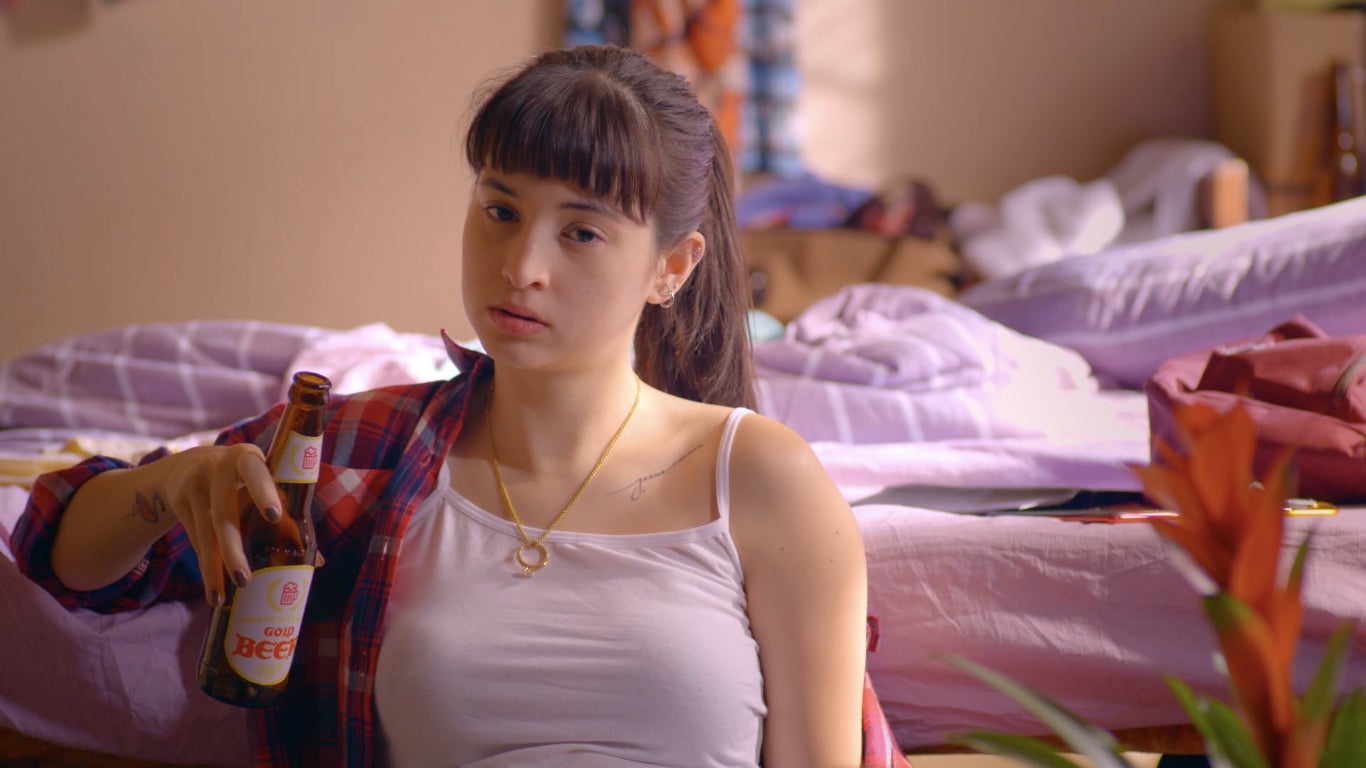 Coleen Garcia said Billy Crawford was “like a different person” now that he has recovered from his dependence to alcohol.

The actress said her husband had been sober for over a year now. “He has always had a temper. Since he quit drinking, he has become very reasonable and level-headed. There were no more outbursts like before,” Coleen told reporters during the press conference of her latest film, the romantic drama “Mia.”

“Billy has changed for the better,” she declared, also noting that the TV host-actor also struggled with being 80 pounds overweight last year. “It was a side-effect of everything; and the result of his quitting all his bad habits was the loss of weight,” explained the actress.

Coleen, who tied the knot with Billy in April 2018, said she was the happiest person now that Billy had greatly improved. “I’d like to think I was able to influence my partner to be better, to live better. It feels great to be a source of inspiration of someone. Billy is like that for me, too,” she pointed out.

Coleen recalled the time when Billy used to drink even at home, when he could down a bottle of whiskey all by himself. “It’s not healthy or productive; it’s not good for him in any way. But what’s good with Billy was that I didn’t have to scold him for anything. He knew that what he was doing had a negative effect on him. In fact, he already quit smoking and has not had one in six years now. He really worked hard on it. He was determined. When he says ‘no’ to something, he would never go back to it,” said Coleen.

This was why, for her latest film project, Coleen thought it best to ask Billy’s advice first before agreeing to play the character, since the latter is a self-destructive alcoholic.

“The big question was whether or not I should commit to doing it; and Billy was definitely a factor in my decision to accept it. He said it’s a good project,” she said. “It’s important that, if you have a partner, you both believe in each other, but you also know each other well enough to say, ‘Para sa iyo ito’ or ‘’‘Di para sa iyo ‘to.’ He guides me, being that he’s been in this business longer than me.” 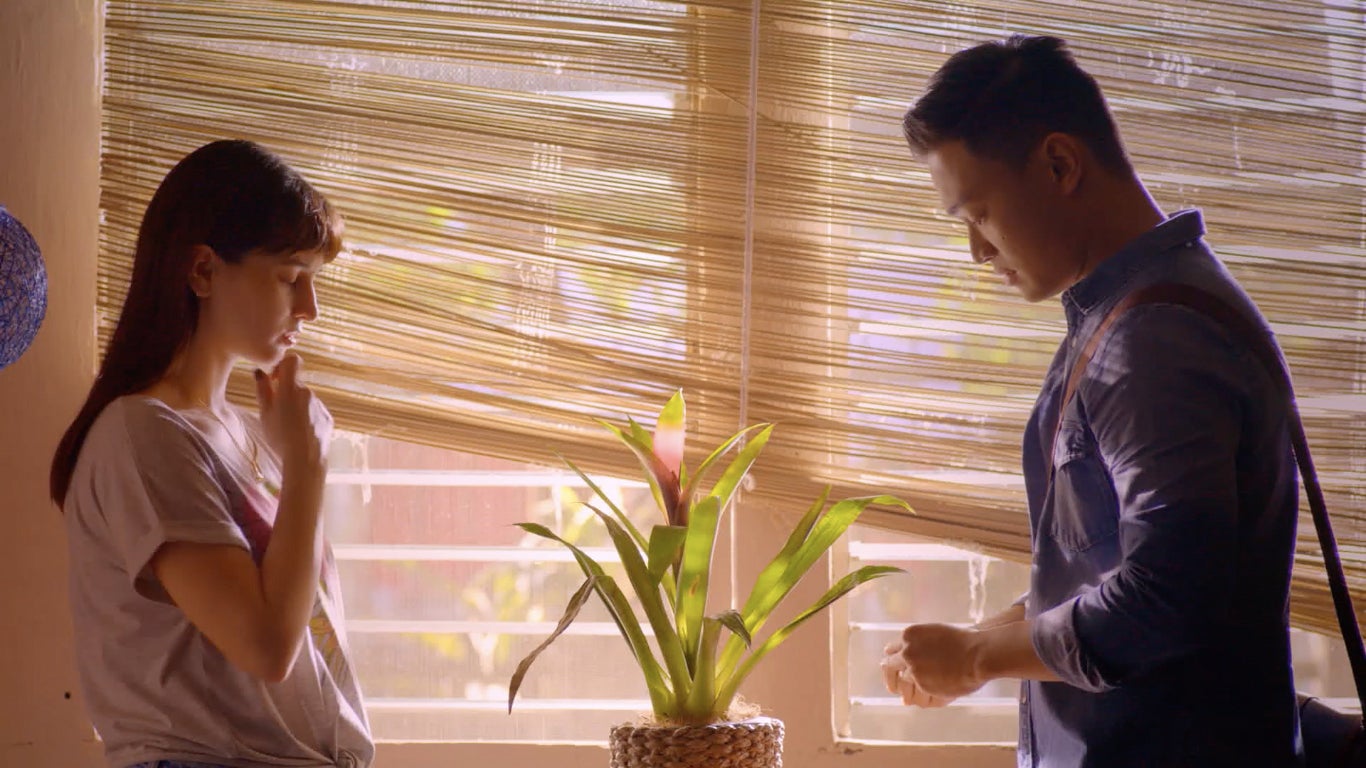 In “Mia,” Coleen turns to alcohol in her struggle to heal from the tragedy of her fiancé’s death. Edgar Allan Guzman plays Jay, who is an advocate of saving mined-out lands and turning them into rain forests. He is also determined at saving Mia from completely succumbing to grief.

Asked whether or not this was a sign that Coleen would be more visible onscreen again, she replied: “I’m not sure. Right now, I’m enjoying this pace. I get to do a lot of other stuff, and I’m not spreading myself too thin. I’m OK with guest appearances once in a while,” she pointed out. “I know that a lot of people are able to manage their time for family and work, like Anne (Curtis, who is also seen in ‘It’s Showtime’ regularly), but we’re different from each other. There are a lot of things in my life other than show biz that I also have to focus on. I will not be able to attend to them if I work every day.”

She also said she purposedly chose not to update her followers on social media after the wedding because “I felt that I needed this time of silence for myself. I had wanted to take a step back and reassess everything in my life,” she stressed. “This doesn’t mean that I’m not happy, though. I actually feel that I’m at my happiest now, and Billy is helping me with that.”

She likewise said she was excited for Anne, whom she became good friends with while she was still cohosting “It’s Showtime,” for having a baby girl. The 27-year-old actress, however, said she would be taking her sweet time before having one herself.

“I married young, so nobody can pressure me just yet,” she pointed out. “The reason I got married now is so I can take my time with each milestone. If the baby comes, I’d be grateful. It’s just that Anne and I aren’t of the same age, and she’s more emotionally ready than I am. We last saw each other at Vhong’s (Navarro, also a cohost) wedding. She’s a beautiful pregnant lady. One day, we’ll get there.”

“Mia” is directed by Veronica Velasco, who cowrote the story with Jinky Laurel, and is produced by Chris Cahilig for Insight 360 Films. It’ll be shown in cinemas on Jan. 15.