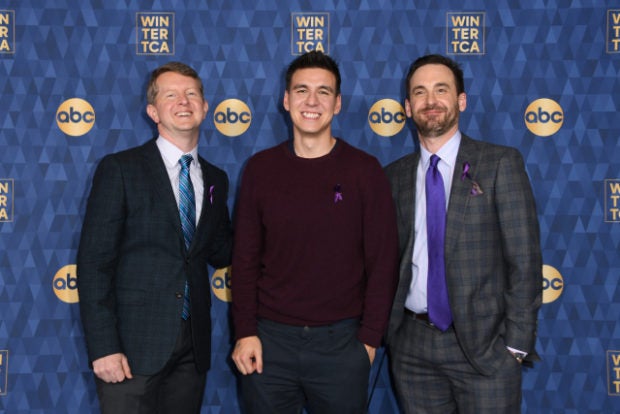 Ken Jennings won his third victory in four matches on Tuesday to claim the special edition tournament title — and a $1 million prize — over his two rivals, James Holzhauer and Brad Rutter.

“I vow to be the People’s Champ,” Jennings tweeted after the show, before going on to credit the talents of his fellow competitors.

“If we ran this tournament back a dozen times, you’d probably see a different winner each time. Brad and James are just that good.”

The new all-time-greatest winner, from Washington state, also alluded to the uncertainty surrounding the future of the show’s long-time host, Alex Trebek, wishing him to continue in the role “for a thousand years.”

Trebek, 79, was diagnosed with stage 4 pancreatic cancer in March last year but has since received treatment and told the Television Critics Association that he has no plans to retire “in the near future.”

First aired in 1964, the current daily syndicated version of “Jeopardy!” has 33 Daytime Emmy Awards, the most won by a TV game show.

The format involves a quiz competition spread over three rounds, with the top scorer paid their winnings in cash and returning to compete in the next match. RGA