How Liza fought for Enrique 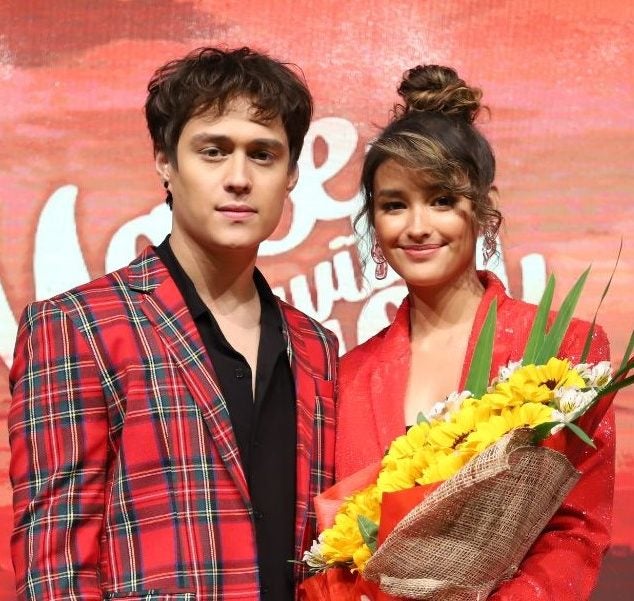 I see my mom in her a lot … but in a good way,” said actor Enrique Gil of his girlfriend and on screen partner Liza Soberano. What he meant was that Liza endeared herself to Enrique because she possesses many of his mom’s good qualities.

“I’m a mama’s boy,” he added, implying that what he said about Liza was actually a compliment.

Enrique made the admission during the press conference of their latest teleserye “Make It With You.” One of their costars, former Quezon City mayor Herbert Bautista, joked that he would be willing to be one of the couple’s godparents if ever they decide to settle down in the near future. Enrique said there was no plan of that sort just yet, adding that he “respects” her age—Liza is five years younger.

“This was why he would accidentally call me ‘mama’ sometimes,” Liza said. “We were arguing and screaming at each other one time when he shouted ‘Mama!’ at me. His sister, too, when she was trying to explain something to me, addressed me as ‘mama.’ I guess it’s because I’m motherly and very protective of the people I care about.”

According to Enrique, his mom and Liza are very close. When he said he couldn’t remember any similar incident, Liza retorted: “When have I ever lied to you?” Then addressing reporters present during the gathering, Liza said: “I don’t get pikon. I actually think it’s funny. I just think that maybe I’m already being overly protective and pakialamera.”

Liza, meanwhile, said she was 17 when she realized that she really cared for Enrique, and so she “fought for their relationship. I wasn’t allowed to have a boyfriend then, but I was stubborn. I told my dad, ‘I’m happy with him and if my happiness is important to you, you will allow me.’”

Liza, now 22, further said: “You don’t get into a relationship just for the sake of having a boyfriend. Of course, you have hopes and dreams that your first relationship will be your last. I really fought for him.”

For his part, Enrique said: “[I] simply presented myself to her family—no pretensions. Soon enough, they saw it [his sincerity]. We’ve been together since then.” As for the secret of maintaining a loving relationship after all those years, Enrique said: “I actually don’t know. I’m still asking myself the same thing. It’s hard to point that out—maybe it’s God’s grace.” “It’s mutual respect,” Liza interjected.

The two admitted to having had petty quarrels, too. The most recent of which, Liza said, happened when they were vacationing in Hawaii. “He didn’t want to do anything but play ‘Call of Duty’ (a video game). I said, ‘We went all the way to Hawaii just so you could play COD?’” she recalled. “But what I didn’t understand was that he was feeling sick at the time.”

A portion of “Make It With You” was shot in Croatia. In the series, Liza breathes life into Billy, a girl who takes on odd jobs just to make ends meet for her family. She would sometimes work as a “love matchmaker” in Croatia as a sideline, just so she can get free meals and gifts, which she then sells for extra income.

Meanwhile, Enrique plays Gabo, a lost soul who finds himself wandering in Croatia, hoping to finally determine his path in life. One day, Croatian socialite Antonia approaches Billy to match her with Gabo in exchange for money.

To make sure Gabo is worthy of meeting Antonia’s father, Billy teaches the young man Croatia’s culture and traditions. But, as they spend more time together, they find themselves falling for each other at a time when love is not really an option.

Liza said that if there’s one thing she learned from playing Billy, it was self-confidence. “Billy is oozing with confidence. She’s very decisive. She’ll do anything to get what she wants, as long as she thinks she’s in the right,” the actress said. “I’m now starting to become more comfortable with myself as an actress. I’m now more confident to speak up. Before, I just keep to myself when I encounter problems. Now, I’m more open.”

TAGS: Enrique Gil, Liza Soberano, Make It With You